Police say a St. Louis man became angry when he saw a white man walking with a group of black people in a shopping mall parking lot … so he tried to ram them with his pickup truck. 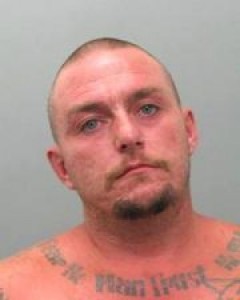 Officers who arrested Joseph Gamache say he swung a pickaxe at the white man and two of his black companions before he drove his truck toward the group. Nobody was hurt.

The St. Louis Post Dispatch reports that after four of Gamache’s friends showed up and joined Gamache in making verbal threats, police reports show Gamache put his pickaxe in his truck, got behind the wheel and tried to ram at least two of the people in the group while using the “N-word” and threatening to kill them.

In interviews with police, Gamache said he hates black people and wants “to kill them all.”