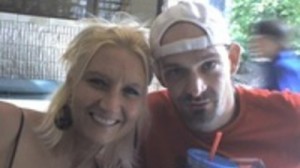 There’s no connection that can be found right now to human remains and the land they were found on in Taney County, but Taney County Sheriff Sheriff Jimmie Russell is helping Greene County Sheriff Jim Arnott find Becky and Rusty Porter, the couple that went missing from their Willard farmhouse in April.

Authorities say the bodies found almost two miles in the woods off Protem-Cedar Creek road have been there awhile. Members of the Porter family were too broken up to talk on tape with Missourinet affiliate KTTS/Newstalk KSGF reporters, but did say justice will be done. They also requested a little privacy after learning two sets of skeletal remains were found .

CSI teams say they’re working as quickly as they can to make positive IDs. The two bodies were found in a heavily wooded area. Authorities say there is an abundance of evidence to work with.

There have been no arrests or suspects identified in the case.