Ten years ago, the sports editor of the Columbia Daily Tribune was killed as he left work late one night. 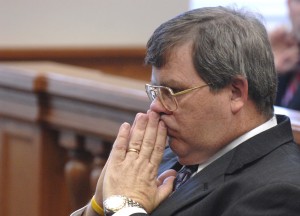 Charles Erickson and Ryan Ferguson, both 17 at the time, were convicted of strangling Kent Heitholt to death. Since then, Erickson has recanted his testimony, saying he acted alone. Today in Cole County Court, Ferguson’s lawyers asked for a new trial.

Ferguson’s lawyers asked the judge to grant a new trial on the precedent of Preston versus the State, which draws clear lines on jury selection. His lawyers contend that in the Preston case, jury selection was identical to that in Ferguson’s trial. Judge Green says the Preston ruling is the law of the land and the courts must abide by it. 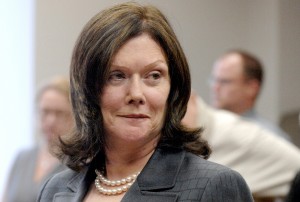 The Attorney General’s Office says that “In addition to the claim of actual innocence, Mr. Ferguson claims three grounds of error as a basis for a new trial in his petition for writ of habeas corpus that is now pending in Cole County Circuit Court. One of the three grounds alleges that the creation of the venire pool from which his jury was selected did not comply with the procedures established by Missouri statutes.

“Today’s hearing focused on the jury selection question and under what limited circumstances could such an issue be presented in an appeal so long after the trial. The hearing also focused on whether Mr. Ferguson had to demonstrate only an error in order to receive a new trial or whether he had to show an error that actually prejudiced his rights.”

Ferguson’s appeal to the courts re: the Preston case can be read here: http://justiceforryanferguson.com/Petitioner’s%20reply.pdf

Ferguson’s attorney, Kathleen Zellner, told Judge Daniel Green that her client should be granted a new trial solely on the fact that potential jurors in Lincoln were allowed to get out of jury duty by paying $50 and doing community service, an option she says is illegal.

In the Preston case, the Missouri Supreme Court affirmed an appeals court opinion that ruled that jury selection practice to be unlawful.

Ryan Ferguson’s father, Bill, says today’s hearing was encouraging in that Judge Green did say that ruling was “the law of the land.” He believes that’s in his son’s favor.

The Columbia Daily Tribune reports that Erickson said he didn’t remember what he and Ferguson had done until he dreamed it. Erickson received 25 years in prison as part of a plea agreement. Ferguson was sentenced to 40 years in prison in 2005. Erickson has since recanted his testimony, saying he alone committed the murder. He maintains Ferguson was there, but did not participate in slaying Heitholt.

A writ of habeas corpus, which orders a person in custody to be brought before a court and places the burden of proof on those detaining the person to justify his or her continued detention, was filed on Feb. 14. The writ cited, among other things, that two key witnesses during Ferguson’s trial recanted their testimonies and the jury selection for the trial was unconstitutional.