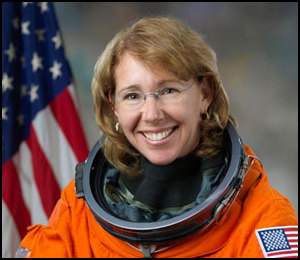 One of them is Doctor Sandra Magnus, whose first two degrees came from then-University of Missouri-Rolla. She also spent several years doing stealth engineering work for McDonnell-Douglas Aircraft in St. Louis. This is her fourth shuttle flight and she knows it will have bittersweet moments.

Magnus is part of the smallest shuttle crew since 1983 because there’s no backup shuttle that can be sent to rescue the crew if Atlantis is unable to return.  That means crew members will have to live in the space station until Russian Soyuz capsules can bring them home one at a time–a process that could take a year. That would not be a problem to Magnus, who spent more than four months on the station during one of her earlier missions.

Atlantis is due to land on July 20th–the 42nd anniversary of the first moon landing.