A Chimpanzee named Smoke has died at the St. Louis Zoo at the age of 43. 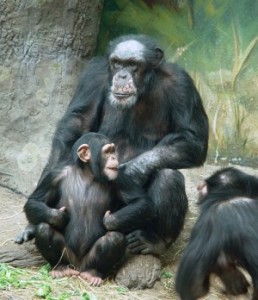 Zoo officials say he was a father figure to many young chimps there, often serving as a foster parent.

He sired Cinder, a hairless chimp who died unexpectedly two years ago.

Primate curator Ingrid Porton says, “He had a full and rewarding social life. He was a kind and sometimes very goofy father to his biological and foster kids. It was not unusual to see Smoke do a head stand to clearly communicate his play intentions to shy youngsters.”