A man who has written a book based on his experiences of being held captive in Iran as the Ayatollah took over in the late ’70s began his life in Missouri. 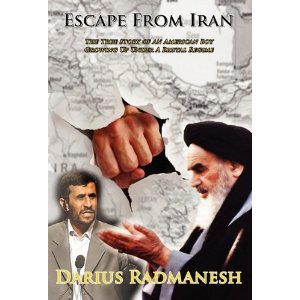 His mother was from Northeast Missouri, his father from Iran. Darius Radmanesh was born in Hannibal and lived in Kirksville as his father completed his engineering degree. His father got a job for a steel mill company in Iran in the 70s, which supplied oil rigs.

He says their life there was comfortable, but before too long, the U.S. started to pull out of Iran and the situation became tense. His father was an Iranian who had become a U.S. citizen, he worked for the Americans and was married to an American — three strikes against him. He was arrested and then forced to start working for Iran rather than the U.S.

Meanwhile, Radmanesh, his mother and his sister were under constant watch, had to check in several times a day with authorities, and were terrorized. He says he was beaten several times, had guns put to his head, was forced to fight with Iranians on the front lines and more.

He says his family lived under the threat of execution until the State Department and his grandfather — in Kirksville — devised a plan to smuggle them out. He writes about the trauma his family endured in a book titled “Escape from Iran.” He says his father ultimately ended up back in Iran and has severed all ties with the family.