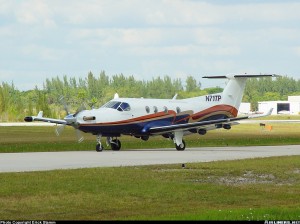 Leung admits it’s a less-than-perfect system, and although the hangar owners are required by law to account for the planes on their property, owners of the planes are required to self-report them as well. In McCaskill’s case, neither happened.

He admits his staff is small and it’s tough to track planes down: if they’re parked in a hangar and the doors are closed, assessor staff members are not allowed to enter private property. Also, of course, he adds many times the planes are en route to other places and in the air.

If one plane accounts for nearly $300,000 in property taxes and there could be dozens — even hundreds more — unaccounted for, that could mean a huge revenue loss for the county. Leung says he realizes that and if anyone has any ideas on how to more efficiently track and tax them, he’d be happy to listen.

Leung did not know which hangar owner / operator was responsible for passing on notices to McCaskill or her staff over the past four years. McCaskill’s office says Midwest Aviation Center (MWAC) is the FBO — Fixed Base Operator — where her plane has been parked.

McCaskill’s staff says after Politico reported that one trip she took might have erroneously been billed to taxpayers, she ordered a full review of the financial records surrounding the plane. That’s when she discovered property taxes had not been paid. She has remitted the full amount of back taxes plus penalties to the county.