One of the co-founders of our company died this weekend. Widely-known farm broadcaster Derry Brownfield died at his Moniteau County farm home Saturday morning. 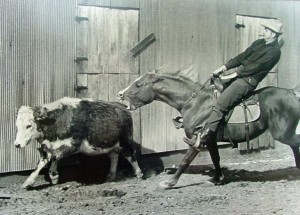 Brownfield and Clyde Lear founded the nine-station farm network that grew into the nation’s largest farm broadcasting network, the Brownfield Network (slide show in memory of Derry on the homepage). They started the Missourinet two years later and as the company expanded it became Learfield Communications.

Derry was 79 and still doing a daily talk show. His funeral will be Wednesday morning in California, Mo.

Missourinet News Director Bob Priddy will deliver the eulogy. He remembers Derry in his blog post.