America’s last World War One Veteran has died.  Frank Woodruff Buckles was 110 when he died at his home in West Virginia yesterday. 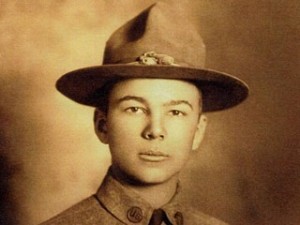 When he was a Missouri teenager, he lied about his age and joined the ambulance service in 1917.  He was the last surviving American to see combat in World War I.  Only two other people remain alive from that war — a woman in England and a man in Australia.

Woodruff was a civilian working in the steamship business in the Philippines when the Japanese attacked at the start of World War Two. He was a prisoner of war for more than three years.