An inch or more of snow has fallen on the Eastern half of the state as a weather system moves east toward Indiana. Traffic along interstates 70, 64 and 55 are seeing some problems as motorists slide off the road and into the medians. 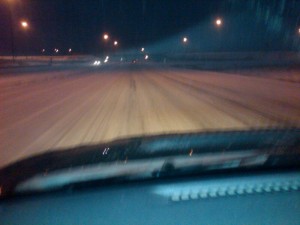 The National Weather Service in St. Louis, Meteorologist Melissa Byrd, says the system should move out of the area and snow will taper off by early afternoon, but one to four inches — and heavier in localized areas — are expected to accumulate until then.

The Missouri Department of Transportation says its plows and salt trucks are again out in force, but urges everyone to stay home until roads are cleared later today, and if people must get out, that they proceed with caution, slow down, and give the snow removal equipment plenty of room to do their jobs. Check the latest road conditions from MoDOT online or call to speak to someone at 888-ASK-MoDOT. That’s 1-888-275-6636. MoDOT is showing most highways in the Southern half of the state as “covered,” and many more as “partially covered” at this time. 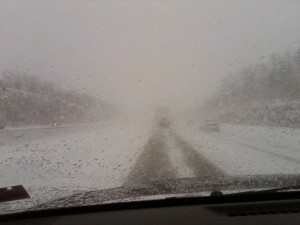