Gov. Nixon has commuted the death sentence of Richard Clay to life in prison. 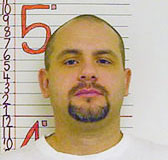 Clay was to have been executed just after midnight Tuesday at the prison in Bonne Terre. It would have been the first execution in Missouri in 20 months. The last person to be executed in Missouri was Dennis Skillikorn in May of 2009.

“After an exhaustive review, I am convinced of Richard Clay’s involvement in the senseless murder of Randy Martindale and find that the evidence clearly supports the jury’s verdict of murder in the first degree.

Having looked at this matter in its entirety and after significant thought and counsel, I have concluded, however, to exercise my constitutional authority and commute Richard Clay’s sentence to life without the possibility of parole. Richard Clay’s involvement in this crime is clear, and he must, and will, serve the remainder of his life behind bars for his role in this heinous act.”

Jennifer Herndon, Clay’s attorney, says Clay and his family were at first in disbelief once they heard the news and are now relieved with “an overwhelming sense of being grateful and happy.”

“I was concerned about our ability to get a fair hearing in front of them, and then I met with his office on Friday and I felt al ot better after that because it was clear to me that his office had read the case,” she told the Missourinet. “They asked questions that made me know that they had read this. With Rick’s case, it’s so factually complex that you have to — I think to make an informed decision — you have to be willing to put a lot of time into it and I think clearly they did put a lot of time into it.”

Herndon says she’ll push forward to reduce and even exonerate Clay since it’s obvious to her he did not commit the crime. She says she’ll again ask the Supreme Court to take up the case and grant him a new trial.

“These are difficult decisions constitutionally vested with the Governor of our state. I am confident that Governor Nixon gave this case careful consideration and I respect his decision.”