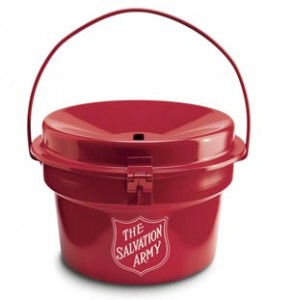 The Salvation Army relies heavily on the money it raises during its holiday kettle drive to fund its operation the rest of the year. That’s why officials are concerned about the thin collection numbers thus far.

Will Becker with the Salvation Army says it looks like the donations are coming up short this year.

“This year it seems like we’re kind of down across the board and I still think it’s some of the effects from the economy. Last year we were talking at this time about how things looked like we were trending up and things were getting better. This year it seems like things haven’t gotten better and so I think people are kind of holding on to their money a little bit,” Becker said.

He says the economy is hurting the Salvation Army in more ways than one.

“Unfortunately the need’s not trending down, the need definitely increasing. Every day there’s more and more people coming to the Salvation Army for help. Some of them were donors in the past and are now needing a hand up,” Becker said.

Becker says he hopes these last couple days before the end of the drive are very fruitful, as they’ve sometimes been in the past. He says the proceeds are needed for important programs.

“Those after-school programs, camp programs; programs that help people with mortgage and utility assistance and keeps people in their homes and off the streets; and helping drug addiction. The Salvation Army has hundreds of programs in each of these individual communities around Missouri that people rely on and that’s what a lot of this funding that comes through the kettles goes to support,” Becker said.

He says if the drive does end up coming up short, the Salvation Army will have to adjust accordingly.

“I think you always have to re-evaluate where you are after a campaign if it doesn’t meet your goal or expectations. It’s not an inflated goal, I mean the money we raise during Christmas is what we need to operate a lot of programs and service and assistance. So after Christmas, a lot of that stuff will get re-evaluated and we’ll see where we’re at,” Becker said.

Becker says, on the bright side, the drive has seen some special donations this year. A ‘Secret Santa” in Joplin donated $100,000 in one kettle, and gold coins have turned up in several kettles across the state.

The kettles and bell ringers will be outside of retails stores throughout Missouri until Christmas Eve.