The man and woman who were taken into custody in central Iowa Thursday night in connection with a Kansas City area child abduction case have been released. 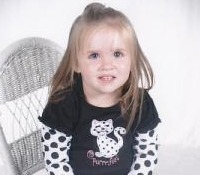 Jessica Lown, spokeswoman for the Iowa Department of Public Safety, says the missing girl was with the two adults but Iowa authorities had no legal grounds to hold them.

“There are no charges that have been filed in the state of Iowa,” Lown says. “If there are any charges that are pending, they would come from a different state and obviously, we’re not involved in that investigation since it’s out of our jurisdiction.” Lown says the two-year-old girl was taken — unhurt — from the adults and returned to her mother in East Lynne, Mo. Lown says Iowa authorities did what was required.

The story began Thursday morning in northwest Missouri when a woman reportedly told the girl’s mother and grandmother she was with Iowa child welfare services. She allegedly took the two-year-old from her home and left in a van with Iowa plates. About nine hours later, Iowa state troopers pulled over the van near Colfax, Iowa. Reports say the man in the van was the girl’s father, who’s identified as 24-year-old James Guyer of Hawkeye, Iowa. The woman is identified as 29-year-old Loralei Gifford of Wisconsin.