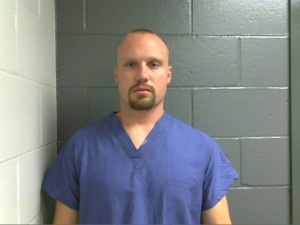 The Mid-Missouri Major Case Squad says 23-year-old Joshua Maylee has been served with arrest warrants for three counts of 1st degree murder, and one count of 1st degree assault. After setting off a 36-hour manhunt in Mid-Missouri, Maylee was apprehended “without incident” near Boonville, in Cooper County at around 1:30pm Thursday.

The manhunt for Maylee began after three people had been shot to death in rural Callaway County and one person was left wounded. The incident led to a lock-down at University Hospital in Columbia where the wounded person was being treated. Authorities worried the suspect would come to the hospital to finish what he had started. Numerous area schools were also on lock down Wednesday.

Maylee is the suspect in the shooting of 46-year-old Jeffrey Werdehausen of Holts Summit, who died of his wounds, and his wife, 41-year-old Gina Werdehausen, who survived and was taken to University Hospital. Their bodies were found at a scene in the Holts Summit area. The Sheriff’s Department says 58-year-old Eugene Pinet and 57-year-old Jackie Pinet also were found dead in Callaway County.

Authorities believe the shootings were connected based on evidence found at the scenes. They say all the victims knew Maylee, and the shootings were not random. The victims are all in some way linked to previous charges against Maylee involving the theft of a lawnmower. Authorities are hesitant to provide much more information about the motive at this time.

Investigators are ‘actively recovering’ the suspect’s vehicle and the weapons used in the three homicides. The Major Case Squad says 13 different law enforcement agencies assisted in the search and arrest. The Squad will conclude its part of the investigation later today.