Missouri farmers are running combines at full tilt to get their soybean crops in. The USDA says the yield is lower than first expected, but it appears beans are doing better than this year’s corn harvest. 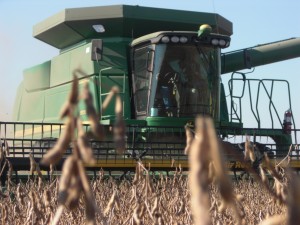 Gene Danekas is the director of US Department of Agriculture statistics service for Missouri. He says more than half of Missouri’s soybean crops have been harvested.

Farmers in Missouri are pulling about 40 bushels per acre, which is less than first expected, but still good. The warm, dry weather this fall helped farmers harvest soybeans earlier than last year. Nationally, farmers are averaging about 44 bushels per acre. 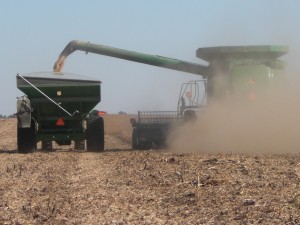 According to the USDA, 67 percent of the nation’s soybeans were harvested by Oct. 12. The warm dry weather this fall helped farmers harvest soybeans earlier than ever before.

“A bigger soybean crop means more surplus oil that can be made into biodiesel,” said Don Scott, National Biodiesel Board Director of Sustainability. Missouri is the third largest producer of biodiesel in the U.S.

As for rice, also in Southeast Missouri, Danekis says it’s good, not great.