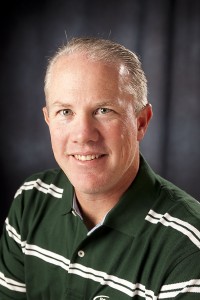 Clements has served as assistant director for internal operations at Northwest since January 2003. He came to Northwest from Dana College in Blair, Neb., where he was director of athletics. He was also an instructor of physical education and coached baseball.

Northwest will begin its search for a permanent director of athletics immediately. Dr. Matt Walker, assistant professor in the Department of Communication, Theatre and Languages, will chair the committee, which includes representatives from the coaching staff, Board of Regents and other academic departments.