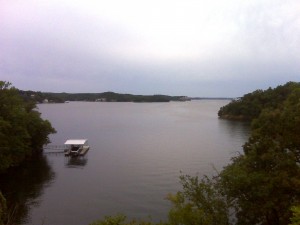 A close examination of water quality at the Lake of the Ozarks has been completed. Now, the Attorney General’s office is pouring over testimony given during a two-day symposium.

Two days of testimony were given during a two-day symposium held at Tan-Tar-A resort at the Lake of the Ozarks. That testimony makes up about one thousand pages of transcripts. Some of the testimony was quite technical. It’s now being digested at the Attorney General’s office by experts in water quality regulations. The writing of a white paper to be delivered to the legislature is underway.

“I think that the General Assembly has moved pass, sort of, the partisan back-and-forth over the E. coli issue itself,” Koster says.

The Nixon Administration’s decision to withhold reports that some beaches at the Lake of the Ozarks were contaminated with E. coli sparked a legislative investigation. Legislators criticized the administration. Governor Nixon ordered changes. If contamination is discovered at a swimming beach anywhere in the state it is closed. The controversy seems to have passed.

Koster believes lawmakers are eager to address what he considers the real issue now and insure good water quality at the Lake of the Ozarks for years to come.

“Now, my hope is that stage two of this discussion is really, ‘How do we keep the Lake the clean water, crown jewel, recreational destination of the Midwest for the next 20 years?’ says Koster. “We want to give them a set of proposals just for their consideration.”

Koster hopes to have a report delivered to the General Assembly by December first.

Previous Post: « Prop A: Would allow KC and StL local votes on earnings taxes next year
Next Post: Kroenke is new owner of the Rams »