The State Treasurer says one in ten Missourians has unclaimed property, and his office is doing its best to get that property back to its rightful owner. 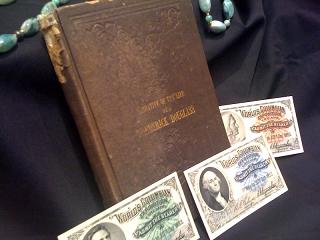 "The Narrative of the Life of Frederick Douglass," and tickets from the 1893 World’s Columbian Exposition in Chicago

This week, the staff of the Treasurer’s office is cracking open orphaned safe deposit boxes as they do once every year. Banks send them to the treasurer after they’ve been inactive for five years. Inside the boxes, department employees find anything from gold bars to empty tin cans.

This year, employee Jeff Bolte was there when they found a copy of the book, “The Narrative of the Life of Frederick Douglass,” that they believe is an original from 1845 with what appears to be Douglass’ signature inside. 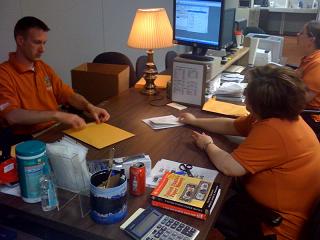 “They’ll hopefully get the original item back especially with something such as a historical item like that I think it would carry a lot of value. Who knows the story behind how it got from then to 2010?” Bolte said.

This year employees also found a land grant signed by then-President James K. Polk, an uncut sheet of $1 bills, and four tickets from the 1893 World’s Columbian Exposition in Chicago. 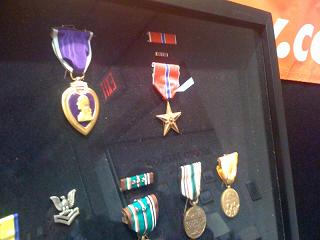 A Purple Heart and a Bronze Star, among the many military medals found in the safe deposit boxes

If the items in the boxes can’t be returned to their rightful owner, with the exception of military medals, the items are sold at auction. The money from that sale goes into an account in the name of the holder of the box.

This is just one type of unclaimed property. State Treasurer Clint Zweifel says some other examples are an escrow account that wasn’t paid out in a house sale, or a forgotten about life insurance policy. They all go into a database viewable at the Treasurer’s website.

“When they see their name on there if we have the appropriate matches then they can begin the claims process right there without any paper involved. We want to make this process streamlined, simple, and easy to use.

Zweifel says in all, there is $600 million of unclaimed property in the control of his department and one in ten Missourians is listed in their database. 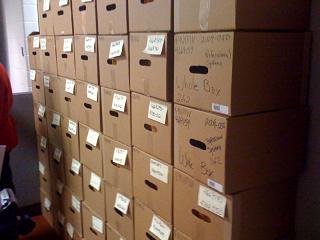 Boxes containing the abandoned deposit boxes, which a spokesman says accounts for about 1% of the unclaimed property holdings 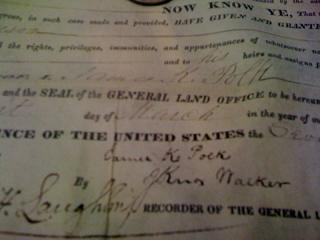