You are here: Home / Sports / Cardinals chance to sweep nipped by Bud 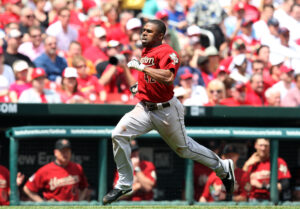 Houston starter Bud Norris has always pitched well against the Cardinals and today was no different. He didn’t last very long, going just five innings, but he struck out a career high nine as the Cardinals were unable to sweep the Astros losing this afternoon 5-1.

The Astros picked up their first win of the year, but it is another series win for the Cardinals. Kyle Lohse has a solid outing, allowing two runs on five hits over seven innings. Mitchell Boggs proved the bullpen is still a work in progress, he got tagged for three runs on four hits. David Freese had the Cardinals lone RBI. The Mets are in starting a three game series tomorrow.