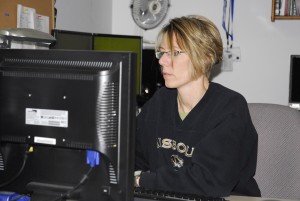 Cases of child pornography cases appear to be on the rise, but enticement cases are down, according to Detective Andy Anderson, Coordinator of the Mid Missouri Internet Crimes Task Force, who is comparing 2009 data with the previous year. He says the increasing popularity and availability of file-sharing programs probably have something to do with the increase.

When asked if the shift in crime is better or worse, “I don’t know. It’s just different,” he says. After working crimes against children for more than 20 years, he says research shows that those who seek, possess or distribute child pornography are just as dangerous as solicitors. He believes pornography possession is a stepping stone to committing more aggregious offenses, namely molesting a child.

Anderson says the growth of social networking sites has presented several new challenges. He reminds parents … and kids … not to fall into a false sense of security. Privacy settings don’t make photos safe, he says. Predators know how to get past them.

He also says not to buy into stereotypes. Sex offenders who prey on children are all ages, from all demographics. Especially with the pornography possession cases, he says his staff has noticed the age of the offenders is getting younger. When it used to be mostly men in their 40s and 50s, now they’re seeing more in their 20s and 30s and even some juveniles.

He says the enticement crimes, though fewer, take longer and are labor intestive. Proving that someone was trying to solicit a child can be difficult too if the child lied about their age.

He says amid the hundreds of cases his staff works, they’re just getting the tip of the iceburg. There are currently three staffers who operate from the Columbia-based unit. Anderson is the coordinator / director; Investigator Mark Sullivan runs the forensics end and Investigator Tracy Perkins scans the Internet looking for offenders and would-be offenders. She says she’s posed as children as young as seven online and gotten numerous hits.

Looking at the data, Anderson says crimes were “up from ’07, down in investigations in ’08, up considerably in forensics” and his staff had “just about the same arrests even though we’re working fewer cases.” He adds that numbers were up a lot in subpoenas served, about the same in search warrants. “Child pornography cases are increasing drastically.”

RESOURCES for parents and children recommended by Anderson:

I Know Better – Keeping kids safe online. Site has sections for all age categories, info on parental controls and regulations, cyber bullying and much more.