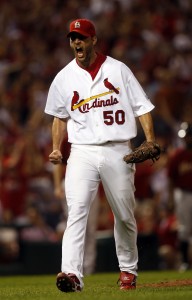 Wainwright was error free in 56 fielding chances this year. Molina wins for the second year in a row and only made five errors. Not to mention, he made a habit of picking runners off first base.