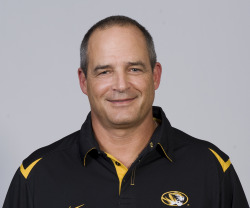 In Missouri head coach Gary Pinkel’s weekly teleconference with the media, he said he doesn’t plan on setting up a schedule that has a Friday game, off week, followed by a Thursday game, but he’s making the best of the situation.

Pinkel said he and his staff have discussed since early in the year how they would approach practices and preparations for the Nebraska game on October 8th.  He will some of this time for his players get over any bumps and bruises, but will also have some practices this week.

Happy with the way quarterback Blaine Gabbert has developed, Pinkel will turn to fixing the running game which has struggled. Listen to what Pinkel had to say below.