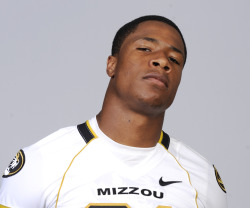 Alexander’s receiving yardage was the 11 th -best single game performance in MU history, and it was the 2 nd -straight game that Alexander has had multiple TD receptions, after his 2-TD game against Furman the previous week.  Alexander now ranks 3 rd in the Big 12 and 13 th in the NCAA in receptions per game (7.25), and also ranks 5 th in the Big 12 and 18 th nationally, in receiving yards per game (101.00).  The 2 TDs on Friday gave Alexander 12 for his career, and that moved him into a tie for 8th place on the Mizzou career TD receptions chart (Chase Coffman holds the record, with 30).

QB Blaine Gabbert won the award in the season’s first week for his big day in Mizzou’s 37-9 win over Illinois.