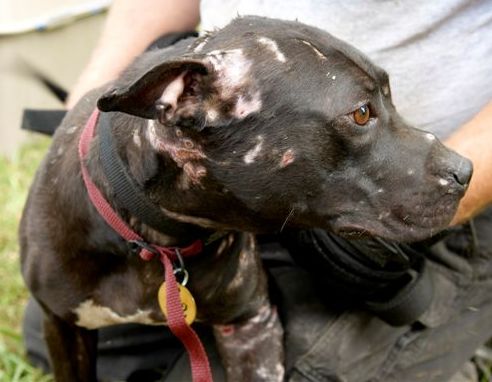 Four eastern Missouri men — Robert Hackman of Foley, Teddy Kiriakidis of Leasburg, Ronald Creach of Leslie and Michael Morgan of Hannibal — pleaded guilty this week in U.S. District Court in St. Louis to charges connected to the raid. Another man arrested in connection with the raid — Jack Ruppel of Eldon — pleaded guilty to charges Sept. 4 in federal court in Jefferson City.

The ASPCA assisted the Humane Society of Missouri and federal and state agencies in conducting the raid, which resulted in the rescue of more than 400 dogs and the arrests of 26 people accused of organizing dog fighting rings. Arrests were made in eight states, including Missouri, Illinois, Iowa, Texas, Oklahoma, Arkansas, Nebraska, and Mississippi. 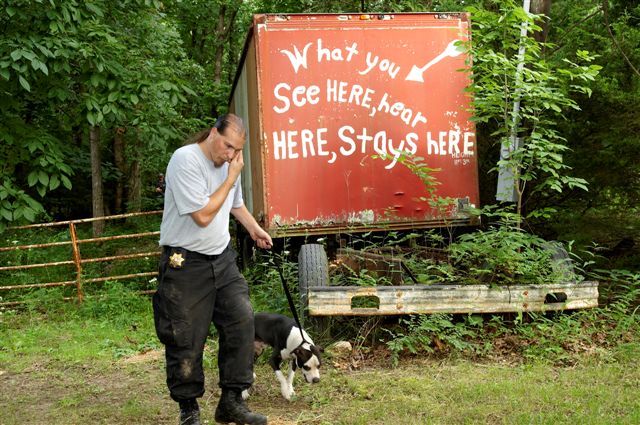 Dogs rescued exhibited numerous wounds and scars; one was missing lips; another was missing a leg. Many had internal parasites, ear infections and broken, worn or missing teeth.

"The ASPCA is determined to protect its nation’s pets from dogfighting and other forms of brutality" said ASPCA President and CEO Ed Sayres. "Animal cruelty cannot be tolerated, and we are pleased that the five Eastern Missouri defendants are taking responsibility for the pain and suffering that they inflicted."

Members of the American Society for the Prevention of Cruelty to Animals disaster response team, in addition to 22 other organizations from around the country and under the direction of the Humane Society of Missouri, are in St. Louis caring for the 407 dogs that were seized, which now include more than 100 puppies born since the raid. In addition, behavior experts from the ASPCA assisted the Humane Society in evaluating the dogs to determine their suitability for possible adoption or placement with rescue groups. Information from these evaluations was provided to the U.S. District Courts, which will decide the ultimate fate of each dog. Forfeiture of the dogs is a separate federal court process and is expected to take place over the next few weeks.

The ASPCA was also responsible for the collection of forensic evidence, which will be used to aid prosecutors in bringing to justice those involved in the brutal dog fighting rings. Dr. Melinda Merck, the nation’s premier forensic veterinarian, was on the scene with the ASPCA’s "Mobile Animal Crime Scene Investigation (CSI) Unit," a critical tool in the collection and processing of evidence at crime scenes. The CSI unit brings both state-of-the-art forensics tools and expertise to crime scenes and is outfitted with medical equipment tailored for animal patients.

"The ASPCA is proud to have had its expert staff be a part of this important case," said Laura Maloney, Senior Vice President of Anti-Cruelty Initiatives for the ASPCA. "These dogs suffered terribly in the hands of dogfighters, and our hope is that the evidence collected will help bring justice for all of these animals."

Sentencing date for the four defendants who pled today has been set for Dec. 8.

Photos courtesy of the Humane Society.