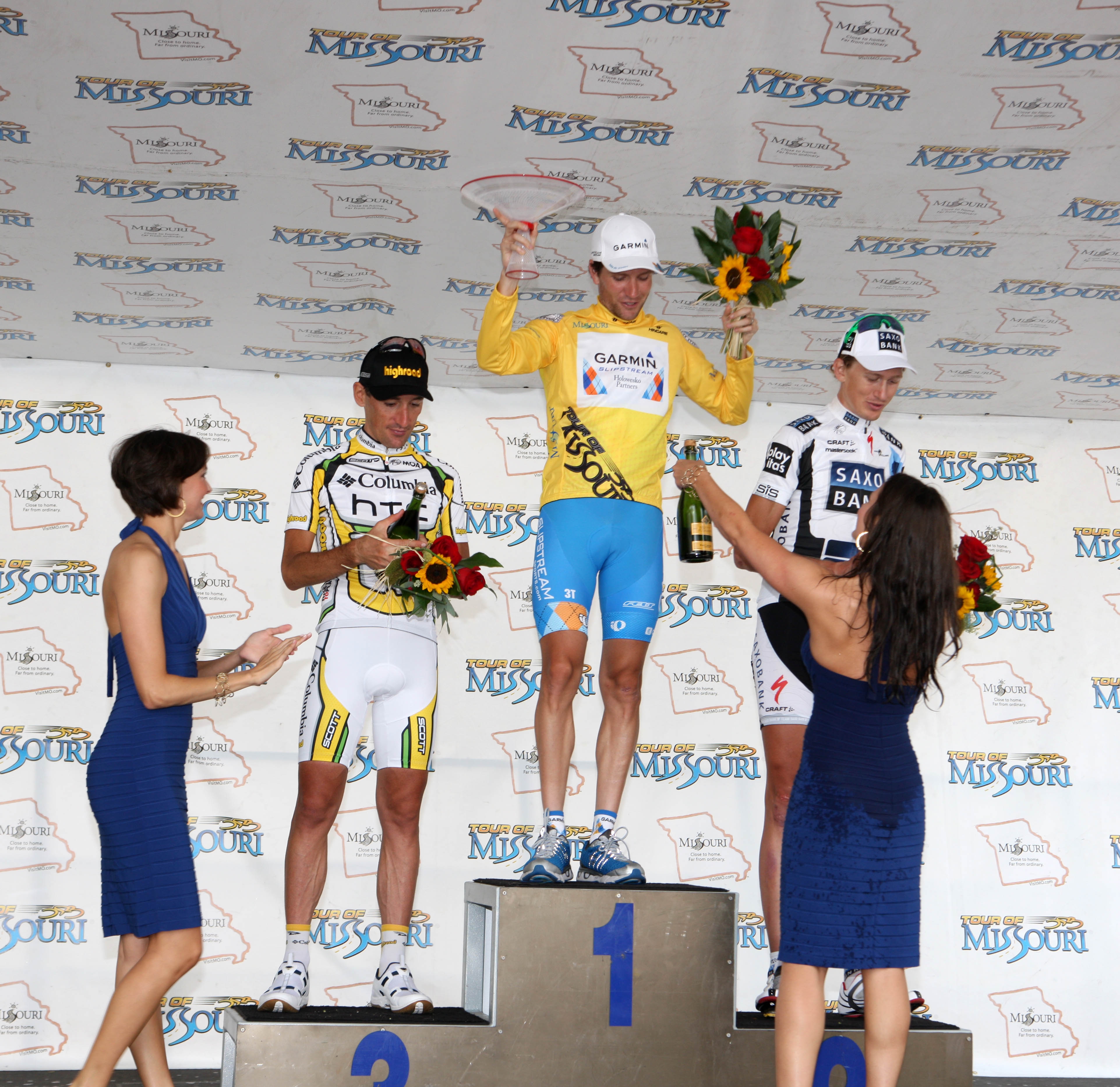 Zabriske was pleased to win his first race and compared the fans in Kansas City, who lined the 10.2 mile circuit course, to those who cheer on the sport in Europe.  It was a fast circuit where the average speed was 28 miles per hour.  It took 2 hours, 33 minutes, 11 seconds for the completion of the stage. 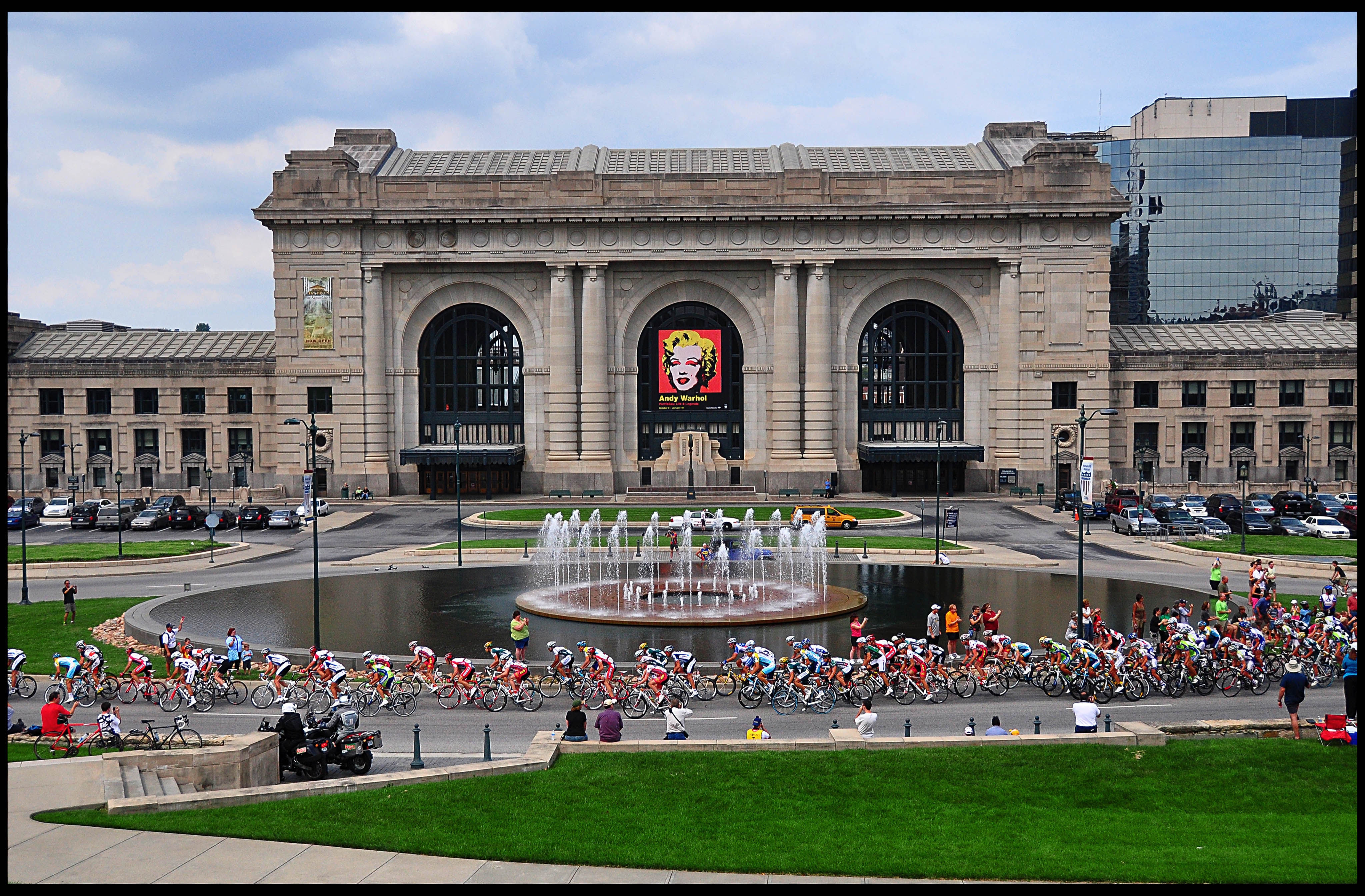 The entire Tour of Missouri was deemed a success by Lt. Governor Peter Kinder.  He says the race attracted fans from 40 states and 30 countries.  Kinder says he will try to reach out to Governor Jay Nixon about continuing the race which had a three year pact in place.  (photo courtesy of John Pierce, PhotoSport Int’l.)

There was some controversy earlier this year, when there were recommendations placed on the Governor’s desk that the Tour be cut this year to save on state spending.  After a couple of days of confusion, the Governor announced the Tour of Missouri would roll on.

I’m not sure of the actual financial impact that the Tour of Missouri bike race had on local towns that have hosted the event for the last three years.  I’m sure there were some tourism dollars that came in.  Spectators may have had lunch or dinner at a local restaurant or spent the day in a downtown area and shopped.  There is no doubt, the race has drawn local interest and it has grown in the last three years.  There have been good crowds who have come to each of the host cities to watch these world class riders.  I think it would be a shame if the Tour of Missouri was dropped because of political bickering between the Governor and Lt. Governor.

This bike race put Missouri on the map globally.  While the state of Georgia could not continue their race due to budget concerns (the Tour of Georgia was one of the biggest cycling events in the U.S.), it would be a shame and an easy cop out for us to not continue our tradition which clearly is gaining momentum and will continue to grow.

I think the race showed civic pride across the state and proved to the cycling world that the state of Missouri could not only pull off this, but create an elite cycling event that compares to some of the best in the world.

So, whether you were an organizer, vendor, or just a spectator of this event, you should feel proud for a job well done by Missourians across the state.