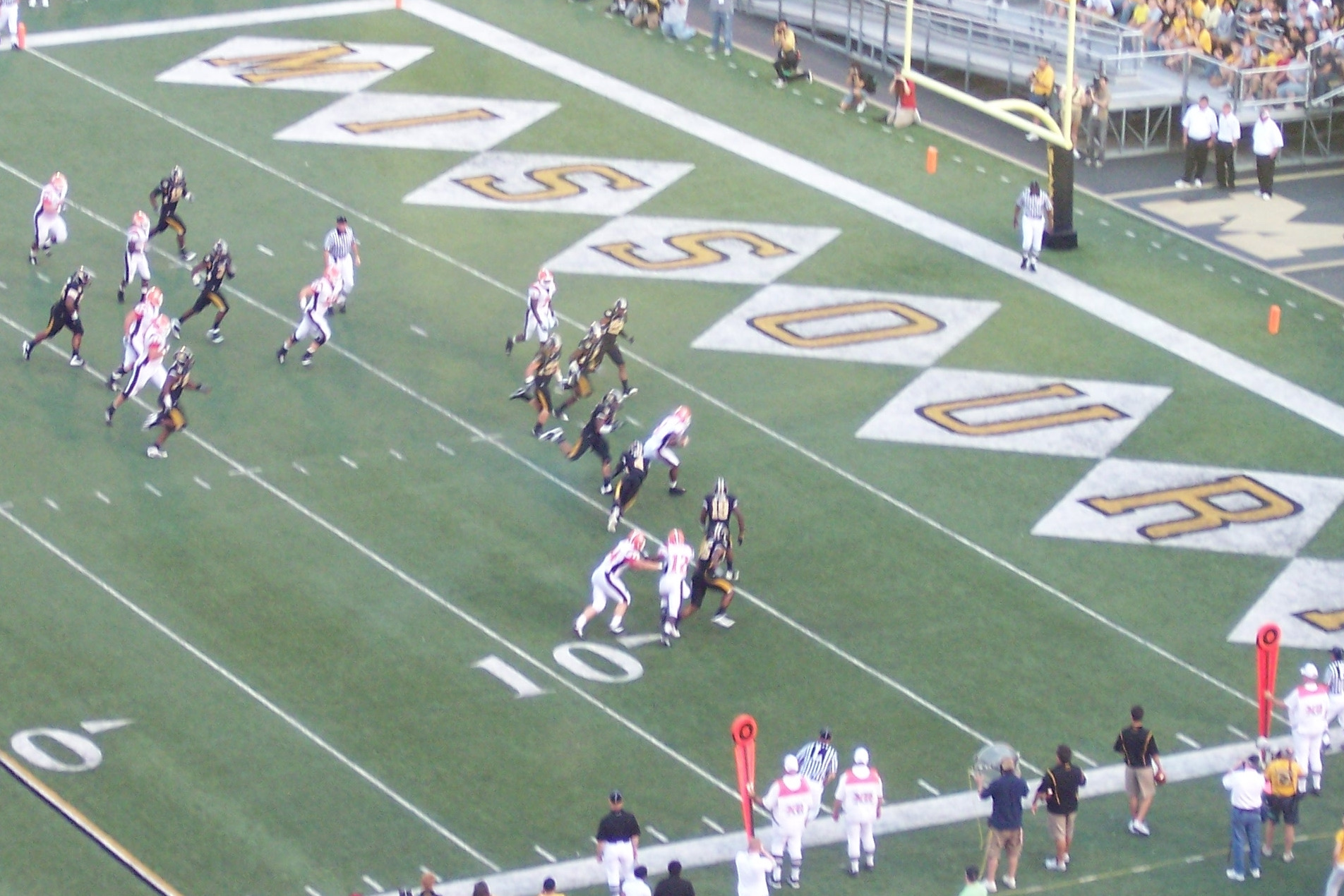 In week two of college football, when you consider the upsets teams from the MAC pulled off, the Tigers will take this win. "We’re 2-0."  That’s how head coach Gary Pinkel summed up Missouri’s come from behind 27-20 win over Bowling Green.  The fact the Tigers had to come back showed a lot of character, but it also showed this team still has more to learn.

The Missouri offense started slowly and never really got going until midway through the fourth quarter.  A good Bowling Green pass rush and penalties really slowed the Mizzou offense early on. 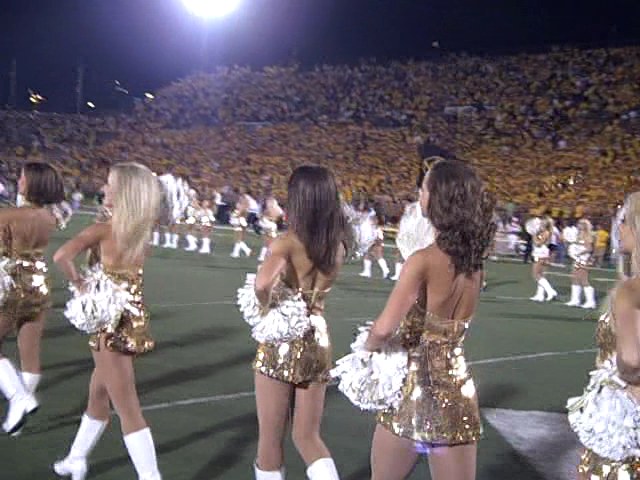 After Bowling Green made it 7-0 on a 10 play drive that covered 80 yards, the Falcons had a chance to do some damage when Gabbert fumbled inside his 20 while being chased.  BG could only manage three yards and had to settle on a 37 yard field goal from Jerry Phillips late in the first quarter to go up 10-0.  (Mizzou postgame, click on image for video.)

Then, early in the second quarter, Carl Gettis fumbled a punt giving Bowling Green great field position again at the MU 18.  Once again, the defense came up big holding the Falcons to four yards and a Phillips 32 yard field goal to go up 13-0.

The Falcons did a good job of mixing in some blitzes and dropping eight guys back into coverage.  That forced the Tigers to abandon their passing game and turn things over to Derrick Washington.

After the Falcons kickoff went out of bounds, Washington took two straight hand offs for gains of nine and 19 yards to get to the BG 37.    Two plays later, Brandon Gerau was called for a hold on what would have been a 32 yard touchdown run by freshmen Kendial Lawrence.  Washington came back with a six yard gain for another first down.  From the BG 25, Gabbert found Washington for an eight yard pass.  Another short run gave Mizzou 1 st and 10 at the 15, but Austin Wuebbels got called for a hold, his second penalty of the night.   Wuebbels personal foul killed the Tigers opening drive.  On third and 15 from the 21, Gabbert missed Jerrell Jackson who was wide open in the end zone instead trying to squeeze a pass into Wes Kemp.  The pass was incomplete and MU settled for Grant Ressel’s field goal.

The Tigers moved down the field with their two minute offense, but again couldn’t get in for six and settled for a 46 yard field goal from Ressel to make the score 13-6 at the half and Mizzou appeared to build up some momentum

Bowling Green took the second half kickoff and marched down the field with ease against a Mizzou defense that really kept the game close with their two stops inside the red zone.  The Falcons pounded in a touchdown from one yard out from Willie Geter to give Bowling Green a 20-6 lead.

The spark Missouri was looking for may have come late in the third quarter.  After being backed up to a 3 rd and 10 at midfield, after Gabbert fumbled a snap, Washington rushed 18 yards for a first down.  Gabbert then lofted a pass down the left sideline hitting Jared Perry for a 27 yards touchdown pass to close the game to 20-13.  The drive covered 87 yards.  Perry said the ball actually went through the defender’s hands before he hauled it in.

After forcing a BG punt, Mizzou was back on the move as Gabbert had perfect touch down the right side line finding Wes Kemp for a 34 yard touchdown to tie the game at 20-20 with 10:15 to play in the fourth.  The crowd of 65,401 were suddenly back in the game.  The key to the Tiger comeback was the rushing game.

Washington would gain 70 yards on 12 carries and Lawrence would add another 30 on four carries.

On the Falcons, next possession, redshirt freshmen Aldon Smith dropped BG QB Sheehan for an 18 yard sack, forcing another punt with Mizzou taking over at their own 40.  The Tigers continued to pound the ball on the ground with Washington and Kendial Lawrence. Then, Gabbert hit Danario Alexander on a 23 yard gain on a crossing pattern giving Mizzou the ball first and goal from the one and D-Wash ran in it for Mizzou’s first lead of the game with 5:38 to play.  The defense would hold off two more attempts from Bowling Green as they never made it past midfield.

The Tigers finished with 188 yards net rushing and Gabbert rebounded to finish 20-33 for 172 yards with two touchdowns.