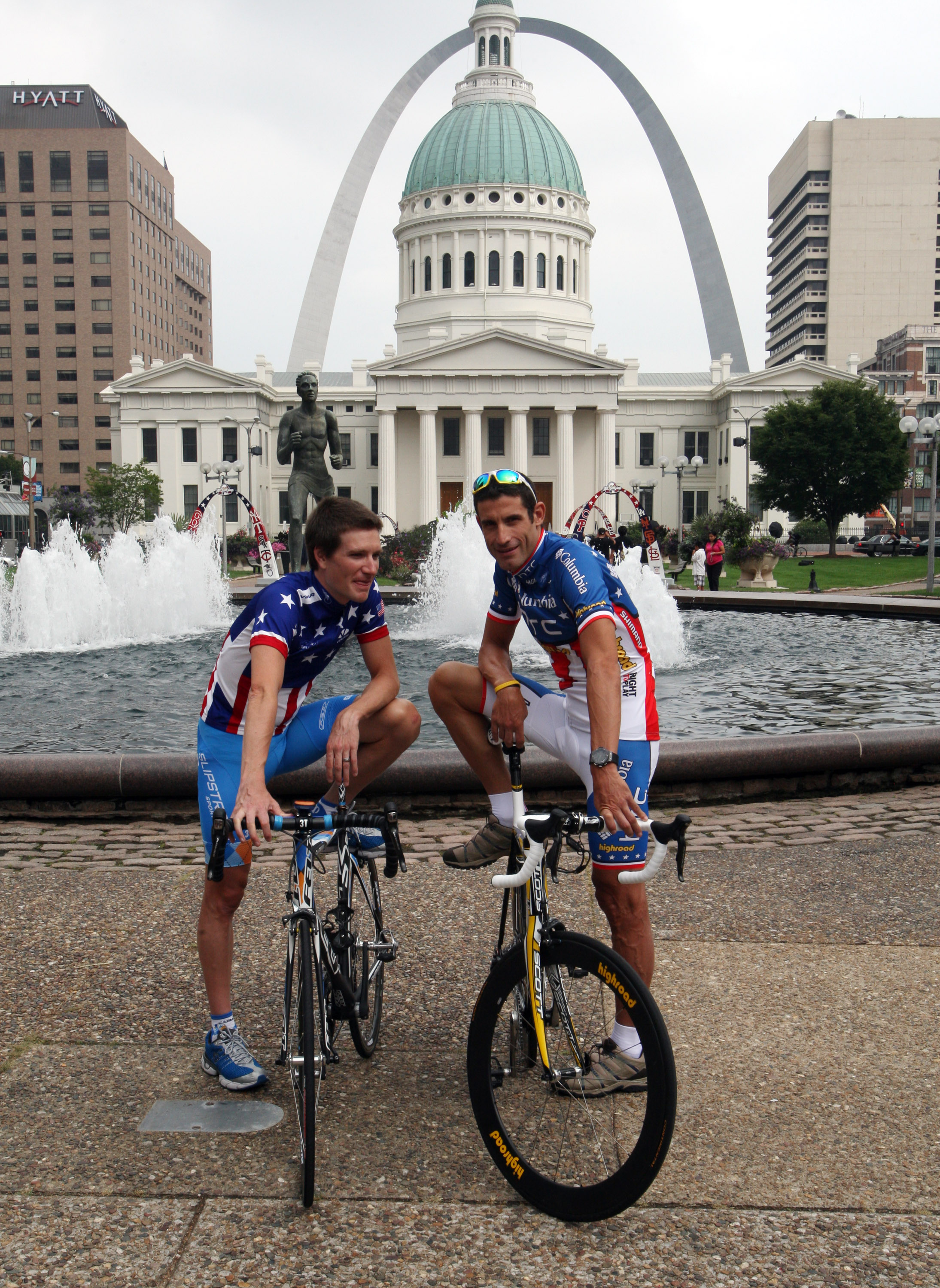 The 2009 Tour of Missouri bike race rolls out of St. Louis on  Monday afternoon at 2pm.  It is the first time in three years the race will start on the east end of the state.  The seven day race will conclude next weekend in Kansas City.  (Bike racers Dave Zabriskie of Salt Lake City (L) and George Hincapie of Greenville,  SC pose for the Tour of Missouri Bike Race. UPI/Bill Greenblatt)

In 2007, the race started in Kansas City and last year it started in St. Joseph with the first leg ending down on the Plaza in downtown Kansas City. This year the tour will make stops in St. Genevieve, Cape Girardeau, Farmington, Rolla, St. James, Jefferson City, Sedalia, Chillicothe, and St. Joseph.

This first leg will be similar to the past two races in that the St. Louis leg will be exclusively raced in downtown St. Louis.  At each of the above rest areas, each city takes on it’s own party like atmosphere.  If you stake out a spot near the finish line, you’ll be able to mingle with the riders after the race.