Midterm elections are usually difficult ones for the party that controls the White House – and Inside the Beltway pundits are predicting the 2010 elections could be tough for the Democrats. A couple of Missouri’s Members of Congress – Democrat Ike Skelton and Republican Blaine Luetkemeyer – have some thoughts on next year’s voting. 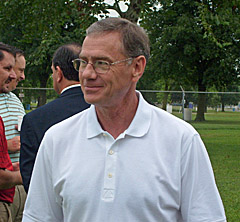 Northeast Missouri Congressman Luetkemeyer sees the possibility of this scenario playing out.

"The midterm elections are always a referendum on the party in power," said Luetkemeyer in an interview with the Missourinet. "Obviously, the Democrats are in power, right now, and I think that they’re going to have to earn the respect and earn the vote of the people. Right now they haven’t. The people are upset with them, they’re upset with the direction of the country."

West-central Missouri Congressman Skelton believes the economy will play a role in Democrats’ chances next year. 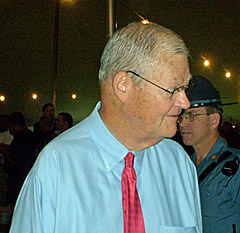 "I’m concerned about the economy, about people getting work, getting jobs, and it looks like that is beginning – hopefully – to turn," Skelton told the Missourinet.

Skelton realizes there could be a lot of ups and downs before voters cast ballots next year.

"We’ll have to wait and see what the economy is like sometime next year," Skelton told the Missourinet. "The indicators are that it’s beginning to turn around. And frankly, if confidence returns, it’ll be a whole new ballgame."

Luetkemeyer says there had better be a turnaround or voters will hold Democrats accountable.

"The Democrats have the votes, they have both seats of government plus the President’s chair, and the result is they’re in charge, they’re responsible, they have to take full responsibility for what’s going on," said Luetkemeyer. "If the people like it they’ll get reelected. If they don’t it’s a great opportunity for us (Republicans) to show that we’ve got better ideas and can do a better job of leading."

While stopping far short of predicting a change in power, several political analysts expect losses for the Democrats in both the House and Senate in 2010.