Astros starter Wandy Rodriquez set down 18 of 19 Cardinals after Albert Pujols doubled in Brendan Ryan in the first inning.  That one run was enough for Adam Wainwright who was just a tad better than Wandy as the Cardinals win 1-0 over Houston. 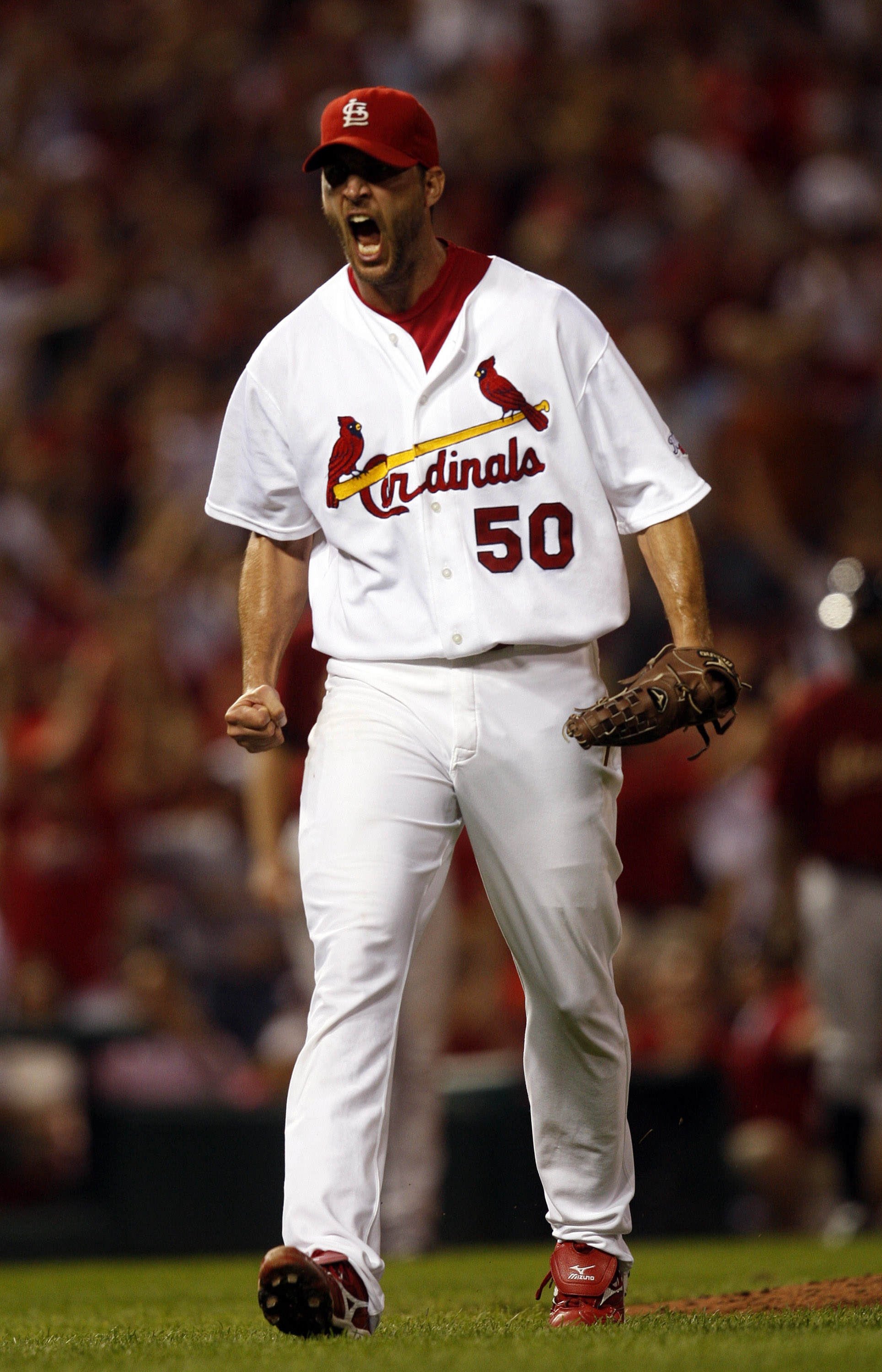 Wainwright  pitched 8 innings giving up just three hits and no walks and at one point, retired 18 in a row.  The Astros got a lead-off double from Michael Bourn to start the game, but was left stranded on second.  After that Wainwright was nearly unhittable until he ended the eigtht inning striking out Jason Michaels with the tying run on third.  (Wainwright emotional after that K, Bill Greenblatt, UPI).

There were a total of just six hits in the entire game.  This is a huge win for the Cardinals.  The Astros entered the series 10 games behind St. Louis and are throwing their big three at St. Louis.  For Wainwright to step up means Houston will leave St. Louis no closer than nine games out.

The Cardinals increase their lead to 9 games over Chicago and 11 over Houston and Milwaukee after all three lost.  Click below to listen to clubhouse reaction from Wainwright and Tony LaRussa.

I’m the first to start the counter:  MAGIC NUMBER–29