The world record soda and Mentos launch was 1,900. In Europe. That was until the Pepsi Grandstand at the State Fair in Sedalia shot off 2,211 bottles Saturday, bringing the title home to the U.S. 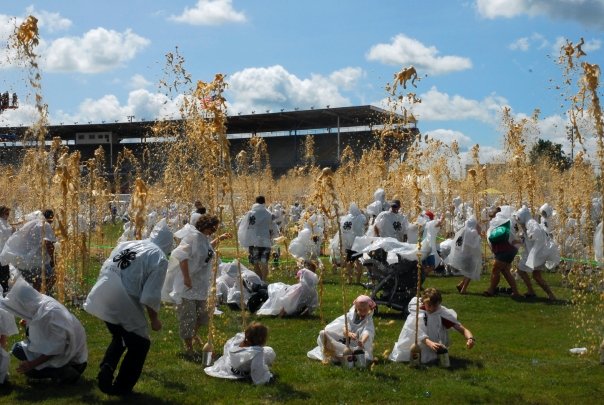 Hundreds of poncho-clad kids and parents lined up in the shape of a 4-H clover as they prepared their bottles for launch. The event was sponsored in part by 4-H, Hooked on Science, Pepsi and Scope.

The excited fair-goers signed their waiver, grabbed a poncho and was given a package of Mentos, a tube with a toothpick and a 2-liter bottle of Diet Pepsi. When it appeared more than 2,000 wouldn’t pack in, organizers gave each participant a second set of launch supplies. 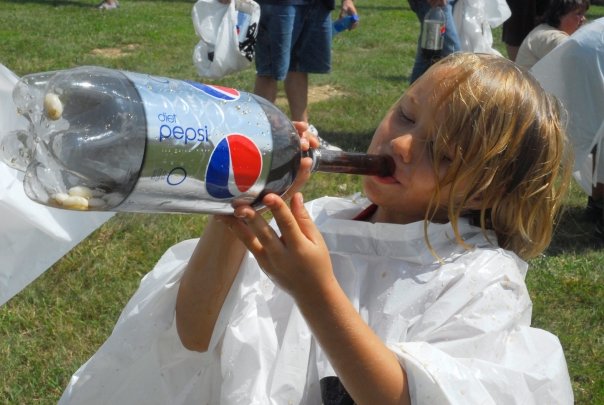 Photos and signed waivers from the event are being sent to Guinness World Records to confirm and publish the new record.

Many a sticky kid and parent wandered out of the grandstand still trying to get the soda-soaked Mentos out of the bottles.