Efforts by the Missouri National Guard to boost the agriculture industry in Afghanistan are paying off. 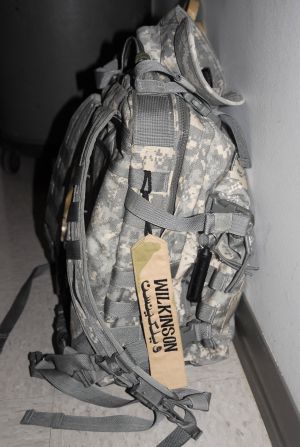 She joined Afghanistan Agriculture Director Safi Mohammad Hussein and Sen. Kit Bond (R-Missouri) during their recent tour of Missouri, where she outlined the projects underway to various Ag officials.

Wilkinson says the 60 projects all stem from three basics: water, power, and roads. In addition to growing crops, improving the health of livestock and implementing storage and preservation, farmers in Afghanistan are now able to plan for the future.

Wilkinson says employment is also a goal since if the people of Afghanistan have jobs, that’s less time that they have to be wandering the roads putting in improvised explosive devices and things of that nature.

The guard has a budget of $15 million, she says, but the guard recognizes this is a tight budget year and is working to keep the price tag under that cut-off.

Director Safi says in the past year, because of the National Guard’s efforts, crop production is already up 25 percent in his area.

One focus is working with Afghani farmers to steer away from growing poppies to support the illigal opium trade and instead grow crops that feed their people and earn them profits.

The projects include everything from irrigation system installation to building greenhouses for fruit and nut trees, canning and juicing and more. Wilkinson says the Guard is teaching techniques that work for America’s farmers, but are also letting the Afghanis come to them with their own ideas and goals. Other projects include seed cleaning facilities, sterile slaughter facilities, green houses and fish hatcheries.