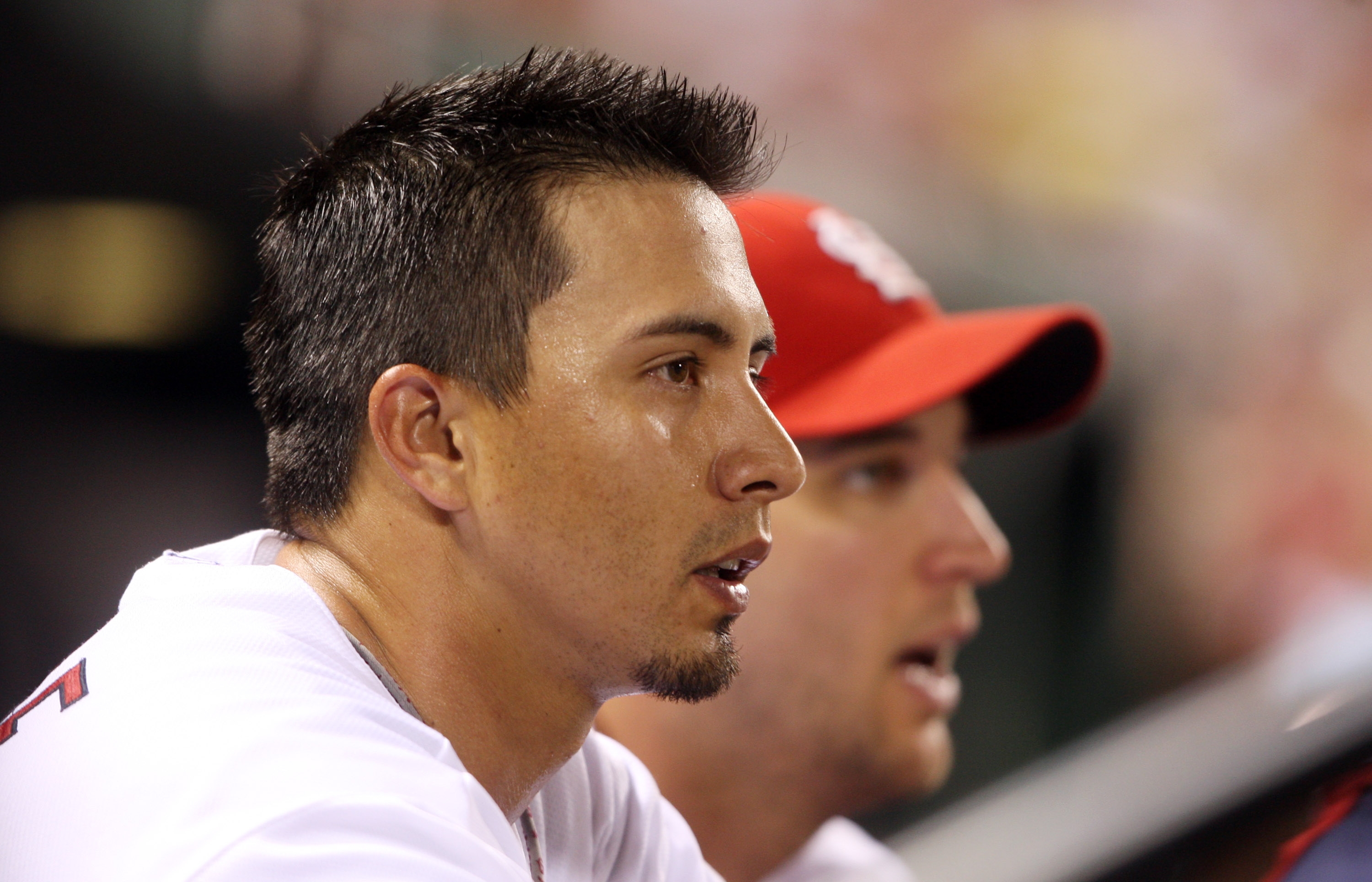 The St. Louis Cardinals are beginning to distance themselves from the rest of the Central Division and they’re doing it be handling their division foes.  The Cardinals won for the fourth time in a row and have won 10 of their last 13 with their 4-1 win over the Cincinnati Reds.

Kyle Lohse won for the first time since May 23 rd going six innings, allowing just one run on four hits while striking out three.  It’s been an uphill battle for Lohse ever since he went on the DL for that forearm strain, but he appears to be righting the ship in perfect time for the stretch run.

After a first inning run by the Reds, the Cardinals came right back with a run to tie it when Matt Holliday drove in Skip Schumaker who led off the game with a double off Reds’ starter Johnny Cueto who left in the third inning with a hip flexor injury.

Former Cardinal Kip Wells replaced Cueto and ran into trouble in the fifth.  After a one out single to Yadier Molina, Wells walked three straight batters around a Lohse sacrifice bunt that scored Molina.  Wells, was pulled and he took the loss.

St. Louis added insurance in the sixth when Matt Holliday led the inning off with a triple and scored on Brendan Ryan’s double.  Ryan then came around to score on Khalil Greene’s double.

Just about a month ago, there were five teams all within striking distance of the NL Central, but man do things change in a short amount of time.  What at one time looked like a pitching rotation in dire straits, now looks like the most dominant staff in the division.  Houston’s Roy Oswalt has been bothered by a bad back, the Reds lost Edison Volquez to an arm injury and now Cueto is out.  The Cubs, who looked like they were going to make this a two team race in September has Carlos Zambrano on the DL and their lefty Tom Gorzelanny went down with a toe injury in Monday night’s loss at Colorado.

Last night’s win with the Cubs’ loss as now pushed the Cardinals to a three game lead in the Central and the only team to make any deals at the trade deadline were the Cardinals.  I only see them getting stronger while the rest of the division wilts away.

Below are post game comments from winning pitcher Lohse and manager Tony LaRussa who talks about Lohse and just how important good starting pitching is.

One note:  Todd Wellemeyer who was scheduled to start Tuesday has been scratched with elbow inflammation.  Mitchell Boggs will start in his place.