As Governor Nixon pushes his agenda to get autism legislation passed during the upcoming session, families dealing with the disorder are speaking up. 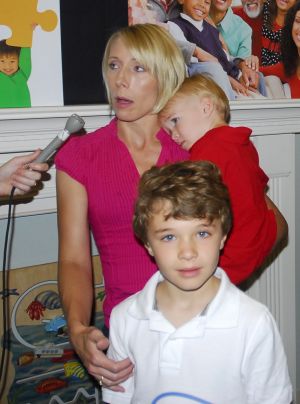 Myles Hinkel says he and his wife Lora have sat down many times to talk about whether to re-mortgage their home, move into an apartment or ask their parents for another five thousand dollars to continue treatment for their son, Blake.

Blake is six years old. Lora says he was diagnosed at 20 months. He’s been getting therapy at the Thompson Center for Autism & Neurodevelopmental Disorders in Columbia, where Nixon outlined his plan for legislation that would mandate coverage for autism treatment and therapy.

Nixon wants a bill that would mandate insurance companies pay for applied behavioral analysis therapy, the treatment Blake’s parents say has made all the difference.

Blake didn’t speak for years, the Hinkels say, until he started getting that therapy.

Nixon says autism is a major and growing condition in Missouri that affects more than 30,000 people in the state. He says everyone supports the measure … except insurance companies.