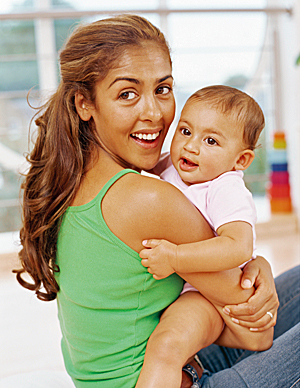 Breastfeeding comes with a host of benefits medically, financially … and could even make the difference between life and death in the event of a disaster. Karen Schenk is a public health consultant nurse with the Department of Health. She says breastfed babies are healthier.

"Breastfed infants don’t have as many difficulties with diarrhea or ear infections, respiratory infections, have fewer problems with allergies and are less likely to develop asthma," she says.

They’re also less likely to become obese later on in life, she added.

And Schenk says breastfeeding also benefits mothers: it boosts their immune systems and helps them get back to their pre-pregnancy weight sooner. Also, if their babies are healthier, that means less time off work to stay home with a sick infant.

The Department of Health says Hurricane Katrina is an example of how breastfeeding could have saved lives. Schenke says though there are no hurricanes in Missouri, storms can knock out power for extended periods of time, cut off fresh water and food supplies, making preparing formula difficult. Breastfeeding mothers, she says, are already equipped with everything they need to feed their infants.

Shenk says African American women are less likely than Hispanic or Caucasian women to breastfeed … as are women of a lower socio-economic status and teenage moms. She says some of it is lack of education, other times it’s cultural ideas. Teenage moms tend to shy from it because either they don’t want to be tied down to a strict schedule with their babies or they can just be embarrassed to breastfeed.

The department is working on programs with peer counseling to educate more mothers about the benefits of breastfeeding, and is working with Missouri hospitals to encourage new mothers to breastfeed rather than start their infants on formula right away. That can mean things as simple as not sending new moms home with formula samples provided by companies who are pushing their product or talking with new moms before they ever check in while in labor.

One Missouri hospital, in Hannibal, has been certified as a "breastfeeding friendly facility." The Department of Health is urging others to do the same.
Photo courtesy Department Health and Senior Services.