As cell phones become more technologically advanced, and more kids 12 and over have cell phones, predators have another means of stalking children. 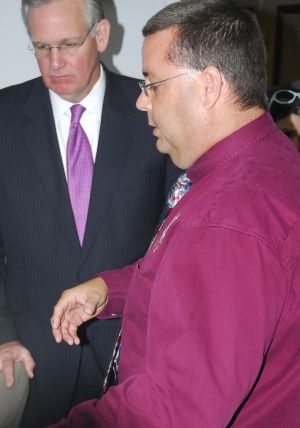 That’s keeping cyber crimes labs in Missouri, and throughout the U.S., even busier than before.

Mark Sullivan is an investigator with the Mid-Missouri Internet Crimes Task Force. He says the amount of memory on computers and cell phones means investigators have to pour over terabytes now, rather than gigabytes.

And, as cell phones’ photo, video and data capabilities increase, so do the opportunities for predators to get vital information from juveniles.

He’s got some simple words of advice for parents — education. Talk to your kids, he says, and let them know of the dangers out there. Make sure they know that any photo they send to their friends could get into the wrong hands. Tell them not to talk to people they don’t know, especially at night.

He says they call them "fishers," predators who will just dial a random number and see who they get a hold of. Kids can unsuspectingly get tricked into giving out private information in that way, which can put them, and their whole family, at risk.

Sullivan says parents should check over their cell phone bills carefully and double check any numbers coming into their kids’ line. He says to report any suspicious activity to law enforcement.