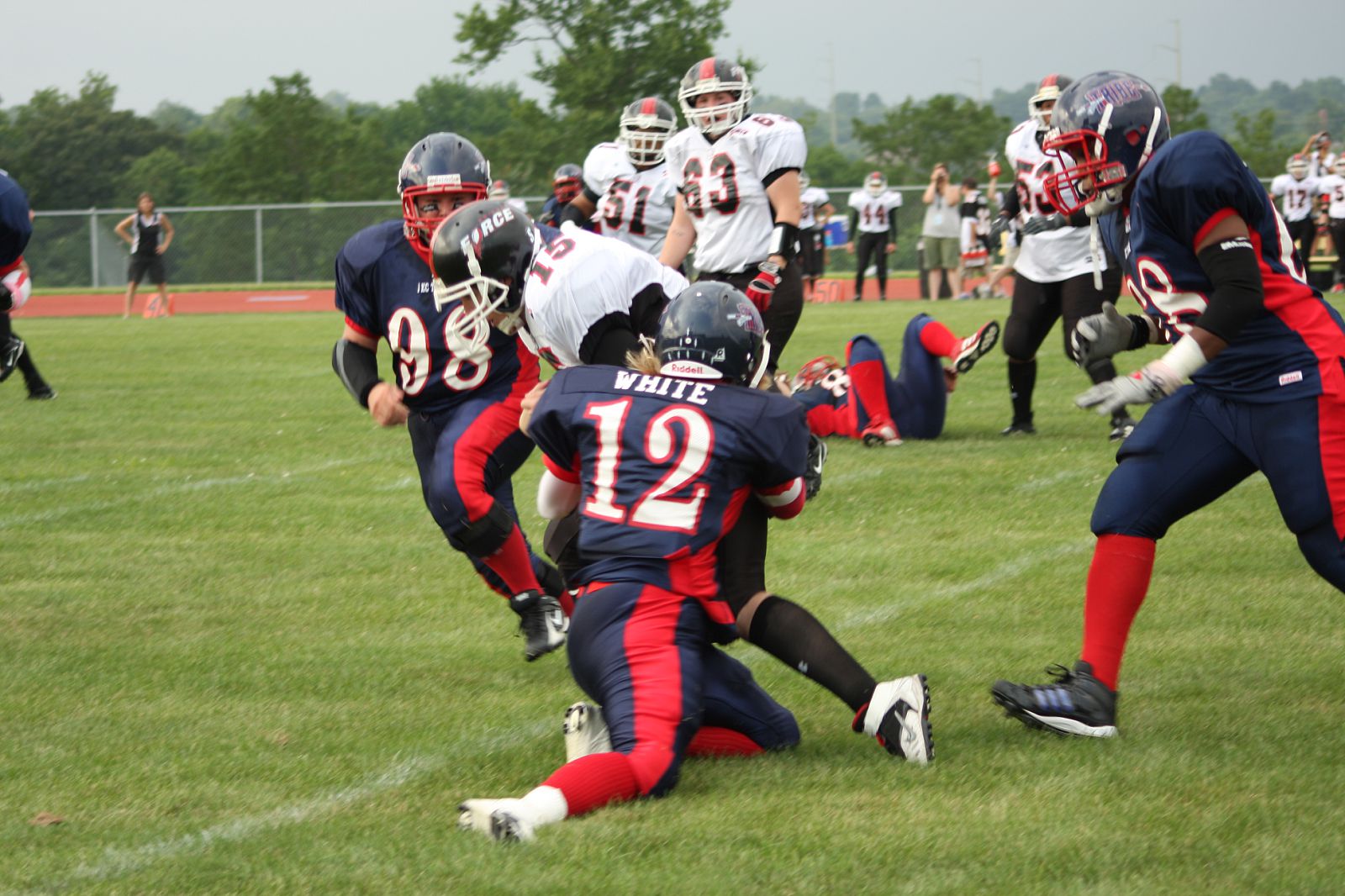 The Kansas City Tribe is a football team made up of some of the most dedicated athletes who have conditioned themselves and have risen above the odds to reach their league title game this Saturday in Austin, Texas.  The Tribe is a semi-pro women’s football team and they are serious about their sport.

The Independent Women’s Football League is made up of 51 teams from around the country.  The league has been in existence since 2000 with the Tribe just in their second year.  The league is split into two tiers, which is based on the size of the roster and the team’s operating expense budget.    Most of the teams in the top tier have up to 45 players.  The Tribe have just 24 players and yet they’ve managed to go 7-1 during the regular and win two playoff games against the Chicago Force and Los Angeles Amazons, two of the more dominant teams in the country.

Now, the only thing that stands in their way is the DC Divas.  If you think this is a joke, General Manager and middle linebacker Mindy White says “just come and watch one of our games.”  This isn’t old time, three yards and a cloud of dust football.  Mindy says she figured out their team’s QB rating and it’s over 100 going by the NFL rating.  Heck, I don’t even know how to figure out a QB rating.  These girls are for real.  Their quarterback Jenny Schmidt is averaging about 300 yards per game through the air.