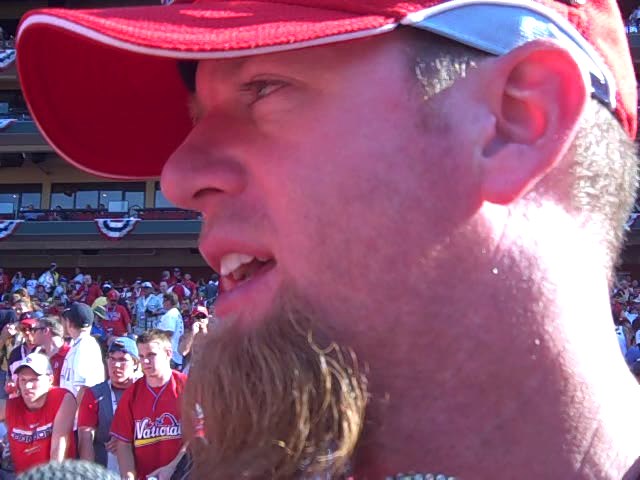 Ryan Franklin was apart of that bullpen that blew 30 saves last year.  This year, Franklin is an All-Star as he has become a bonafide closer and is a big reason the Cardinals have a 2.5 game lead in the National League Central Division.

Phillies manager Charlie Manuel was one of the coaches, when Franklin played with Philadelphia who was certainly behind the decision that Franklin work out of the bullpen something he resisted early on.

However, this season he has come into his own.  He’s saved 21 of 22 opportunities, his latest an effort on Sunday when he struck out three Cubs looking at a called strike.  His ERA is 0.72 and Manuel didn’t forget Franklin.

Listen to Ryan’s interview, plus check out the video clip where he talks about his thing on his chin.