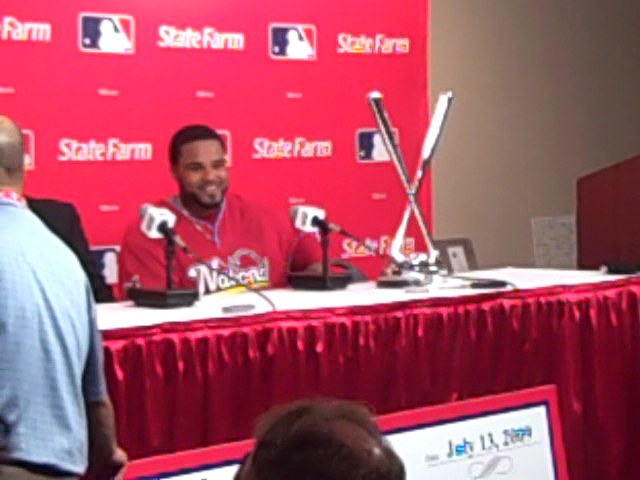 The crowd was electric at Busch Stadium last night for the Home Run Derby.  Albert Pujols added some dramatics in the first round ending in a three way tie with Joe Mauer and Carlos Pena.  Pujols needed two homers with nine outs and delivered to tie it.  Then he beat Mauer and Pena in a swing off by hitting two homers to advance to the second round.  Starting the second round immediately, Pujols tired out finishing with 11, the same score as Cruz and Fielder’s after the first.

Prince Fielder of Milwaukee and Nelson Cruz of Texas advanced to the finals as Ryan Howard was knocked out with a two round total of 15. In the final round Cruz jumped out to five home runs quickly, but with five outs to go started getting under the ball and ended with five.

In Fielder’s final round, he went homer for out getting to five with five outs to go before hitting his sixth and decisive homer with three outs to spare.  Click below to listen to Fielder’s comments.