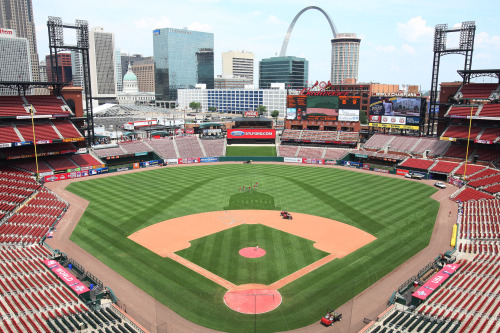 Not only is the MLB All-Star game a big deal with the Home Run Derby on Monday and baseball’s best players on display Tuesday night, but the Fan Fest in and around the ball park will add to the excitement of the 80 th All-Star game hosted by the city of St. Louis and Busch Stadium.  (Bill Greenblatt, UPI St. Louis provided this shot of the Old Courthouse and Arch cut into the outfield)

Things get underway on Friday with the Fan Fest visit from Legends of the Game.  If you’re heading down there for the weekend, here is a list of the players scheduled to appear.