As the National Parks Service gets public comment on proposed management plan changes to the Ozarks Riverways, some locals are making sure their voices are heard.

Mark Slaton of Eminence is part of the Voice of the Ozarks, a group that opposes 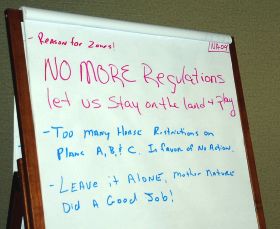 the National Parks Services interference. The group has tried to work with the parks service since 1964, he says, only to have changes made despite their concerns and opposition.

The group worries that a new plan will — among other restrictions — place limits on allowable horsepower on the rivers … something they say would make boating there more dangerous, not safer.

Slaton says locals have worked hard to get what they have, and many of them own boats with 40 hp motors that could be deemed illegal under some proposed new plans. Slaton says that’s just the beginning. He believes if horsepower limits are put in place, eventually, motor boats will outlawed altogether. He says there have been other situations where the parks service has cracked down on church gatherings on camp sites and moved rocks to places that restrict access locals frequently use.

Slaton says Voice of the Ozarks wants a plan that makes everyone happy, and that they welcome visitors to come and enjoy the land and water that they love. He says they go out of their way to see that the thousands of visitors enjoy their stay and stay safe, assisting people in trouble when needed, and even picking up litter left behind.

The group hopes the Parks Service doesn’t make any changes that would upset that balance. Three action alternatives are being considered, as well as a fourth 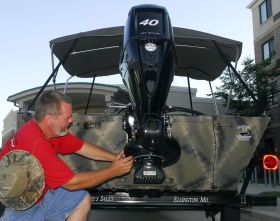 Proponents of a “no-action” alternative toured the state with a jet boat used by many river enthusiasts who live in the area, showing those attending the parks service’s public forums how they work. Boaters say the bigger the motor, the lower the wake and the safer the ride. And, they say, the jet motors do not have props, which can damage river bottoms, injure swimmers and harm wildlife.

The group continues to meet, organize and push for a “no action” plan for the area. Its Web site — voiceoftheozarks.org — is still under construction but should be up and running soon.