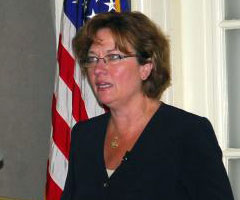 The audit states that while the commission’s Standards of Conduct policy does not require full public disclosure of conflicts of interest, two commissioners — Bill Luetkenhaus and Rob Fulp — voted on decisions or projects when there was at least an appearance of a conflict of interest.

"In addition, there appears to be a perception that political influence and campaign contributions to elected officials on the commission influence and the project selection process," the audit states.

The audit also looked into employee complaints that the commissions management practices contribute to low employee morale, and suggests that some hiring practices need to be improved.

View the complete audit on the State Auditor’s Web site .

To listen to Montee’s presentation of the findings, click the audio link below.