A Northwest Missouri city is the first in America to be energy independent via wind-power. 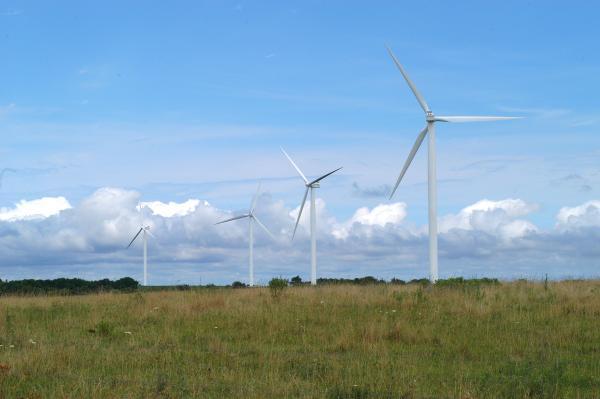 power. Four turbines keep the lights on for the whole town and will soon provide a surplus the city can sell.

Wind Capital Group has built four windfarms in Missouri and is planning a fifth to open next summer. Tom Carnahan founded the group and John Deere has helped finance a few of the farms already up and running. The group is headquartered in St. Louis.

Spokesman Tony Wyche says landowners not only are drawn to the economic base of erecting turbines, but the gratification of using alternative, renewable energy. And he says the concept of energy independence is growing.

Four windfarms, most with just over 20 turbines are providing power in Atchison, Nodaway and DeKalb counties. A fifth is in the works in the same area. ABB in Jefferson City will be manufacturing parts for the turbines, which drew national attention when Vice President Joe Biden spoke at the plant to announce the project.

Wind Capital is working to expand into several other states and Wyche says the goal is to work with local communities to establish long-term relationships so they can establish energy independence.

"It’s not just the base economic factor, people care about energy independence, a lot of people are interested in getting turbines placed on their land," he says.