The Law Enforcement Torch Run raises hundreds of thousands of dollars each year for Special Olympics Missouri. This year’s total is $1 million. 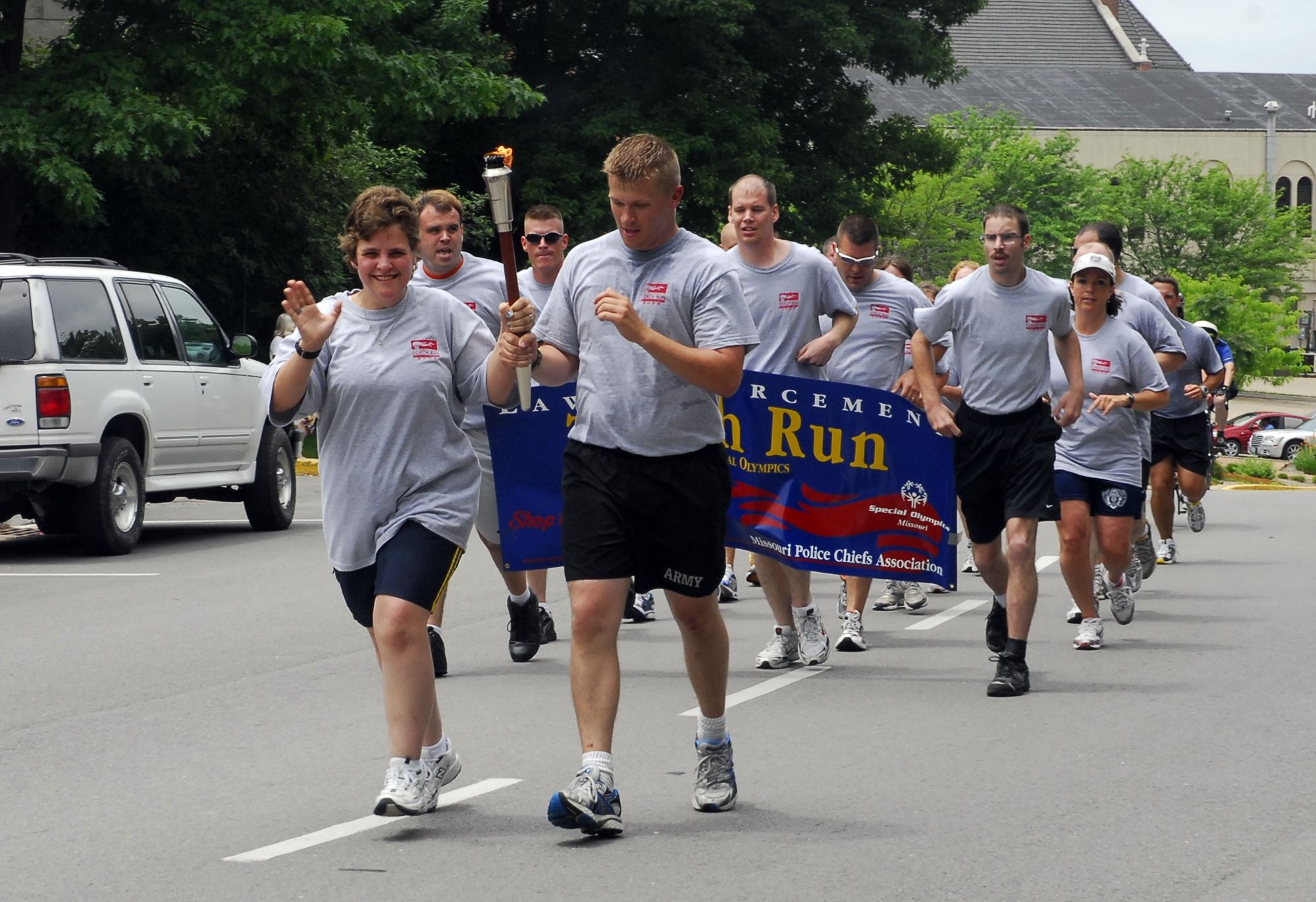 Gov. Nixon today greeted Special Olympics athletes and members of Missouri law enforcement agencies at the Capitol in Jefferson City as they carried a torch from Columbia on its way to the Summer Games in Springfield. Appropriately, the festivities took place at the Law Enforcement Memorial on the northside of the Statehouse; a moment of silence was held for Missouri’s fallen heroes.

Military police units of the Missouri National Guard joined law enforcement officers for the run; 33 runners carried the torch down Highway 63 on this first leg of the trip to Missouri State University and Drury University, accompanied by police escorts and a team of organizers and supporters.

The big torch will be lit at the opening ceremonies Thursday, May 28. Highlights include performances by Yakov Smirnoff and the Sons of Silver Dollar City.

Nearly 1,000 volunteers will be on hand, but organizers say more are always needed.

The olympic games are open to the public. [ More photos ]