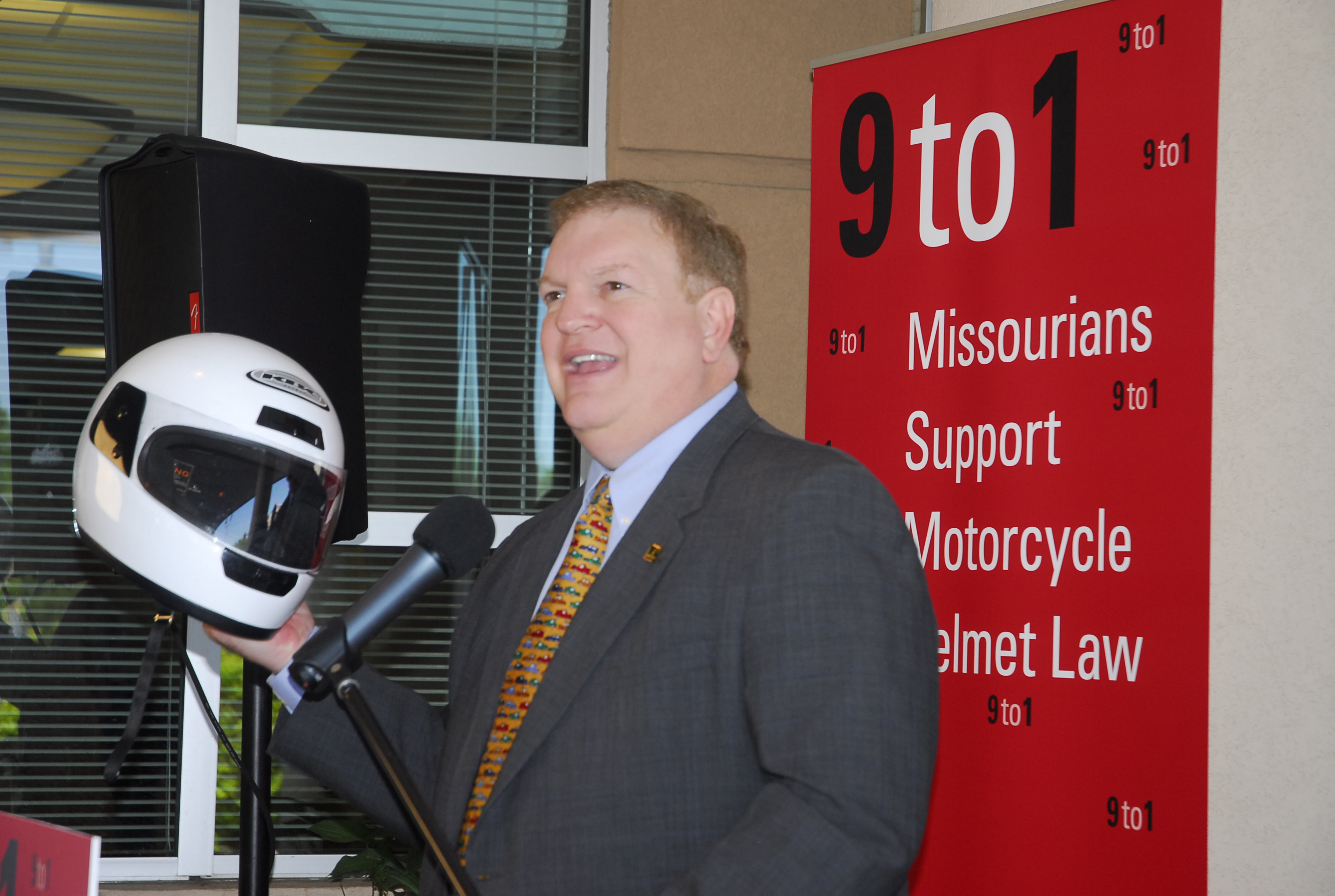 All motorcycle riders and passengers are currently required by law to wear helmets. The Missouri General Assembly recently amended Missouri’s all-rider motorcycle helmet law, which has been sent to the governor for his consideration. The current law has been in effect for more than 40 years.

MoDOT reports that the National Highway Traffic Safety Administration estimates that 42 additional lives were saved in Missouri in 2007 because of motorcycle helmet use.

“By a nine to one ratio, Missourians know this simple fact: motorcycle helmets save lives,” MoDOT Director Pete Rahn said. “I urge Gov. Nixon to veto Senate Bill 202 and save precious lives.”

“Repeal of the helmet law will cause even more senseless loss of lives. A recent National Highway Traffic Safety Administration Study of 10 states found that when the helmet laws were repealed, helmet-use rates dropped from 99 percent to 50 percent and motorcycle fatalities increased significantly,” Rahn says.

He was joined today at the Capitol Region Medical Center Emergency Room Entrance by opponents of the legislation: Dr. Jeffrey Coughenour, assistant professor of surgery with the University of Missouri Health Care; Dr. Greg Folkert with Washinton University School of Medicine, who lost his father at age 10 because of a motorcycle crash in which he was not wearing a helmet; and David Humphrey, a Fulton resident, who survived a serious crash while riding a motorcycle on Highway 54 a few years back. Humphrey says a helmet saved his life.