Missouri soldier Specialist Jacob Barton is one of the armed servicemen killed by a fellow soldier at Camp Liberty in Baghdad Monday. 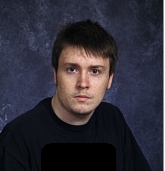 Barton, from Lenox, was 20 years old and went to high school at Rolla, graduating just last May.

Assistant Principal Bonnie Brainard says Barton’s mother died from medical complications last February, and she worked to keep him in school and with his studies so he would graduate.

Brainard says he then lived with his grandmother, who Braynard says is still in shock over the death. Barton’s sister Hannah is picking up the body today in Dover. The family is hoping Barton will be buried in St. James, where there is a military cemetary.

Barton and four other American soldiers were killed Monday when a fellow soldier opened fire at a counseling facility in Baghdad.

The Department of Defense announced today the death of the four soldiers who were supporting Operation Iraqi Freedom.

The Department of Defense reports the situation is still under investigation.

Previous Post: « Senate says texting-while-driving is a crime
Next Post: Senate votes to let some felons serve in office »