It’s the kind of understatement you might expect from a three-year old boy. “I went on a hike.” 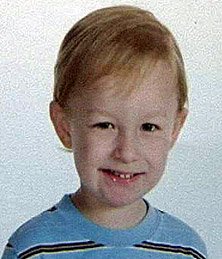 Some hike. Joshua Childers “hiked” away from his Madison County home Monday and was the object of a 52- hour search before one of the searchers came upon him about two and-a-half miles from his home The man took Joshua to the closest home, where Mary Jane Savage lives.

She cleaned him up a little, wrapped him in a blanket, and asked him if he was hungry. He asked for some milk. He was drinking his milk when the Iron County sheriff arrived to take him to a hospital in Pilot Knob where he has spent the night. His father, Allen, calls Joshua “a tough little booger,” and says God was with him while he was in the woods.