The Spring Turkeyhunt kicked off Monday, but the Missouri Department of Conservation says thereare fewer turkeys to look for this year. 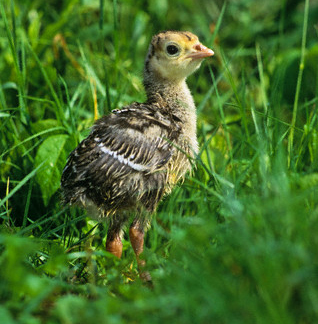 He says hunters who wentout on opening day this Monday bagged about 14 percent fewer birds than lastyear.

Dailey says the harvest for opening day totaled just over 6,000, which is down from last year’s 7,000.

Dailey says theEaster freeze in 2007 likely affected eggs and nests. He says lots of rain in2008 wasn’t good either. While water can get into nests and drown some poults, others get wet and their body temperatures drop, causing them to die from exposure.

He says more rainalso means more mosquitoes, which leads to avian pox, a naturally occurring disease that is spread by mosquitoes.

Numbers are down in Missouri, Kansas, Illinois, Arkansas and Iowa, but Dailey sayspopulations are expected to rebound. Those wanting help on bolstering habitaton their land can contact the Department of Conservation, which has field agents who can come to private property and offer advice.

Dailey wanted to point out that there were no firearms related hunting accidents on opening daythis year.

"I hope hunters will remain diligent throughout the season."

Spring Turkey Hunting Season in Missouri lasts for three weeks, until 1 p.m. each day now through May 10.

To find out more about turkey seasons in Missouri, how to telecheck your bird, volunteering for the Gobble Count and more, visit the Missouri Department of Conservation’s Hunting and Trapping Web site .

Previous Post: « Missouri Bar comes out against any change to Missouri Plan
Next Post: Blues Swept from Playoffs »