More than 1,200 dogs have been confiscated from unlicensed breeders in Missouri in just three months. 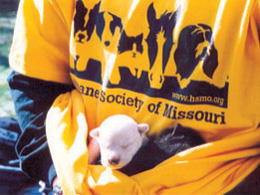 Hagler says the department has initiated Operation Bark Alert, which urges the public and other law enforcement agencies to work with the Department of Ag to find and punish unlicensed breeders that put animals at risk and put licensed breeders at a competitive disadvantage. He admits it’s a big job.

He says Missouri’s earned a reputation for being one of the top puppy breeding states in the nation, but he says Missouri’s only one of only four or five states that regulates the industry which is why the statistics point to our state. Hagler says under his leadership there will only be three kind of breeders in the state: exceptional breeders, good breeders that aspire to be exceptional, and out-of-business breeders.

He says just as with any livestock, whether it be beef cows, sheep, goats, horses or dogs, "if you don’t make it a priority to invest in the health of your animals, you’re just not going to be in business very long."

"There’s a certain standard of care that’s expected," he says, "and unlicensed breeders trying to make a quick buck … we’re just not going to tolerate it in Missouri."

Visit Operation Bark Alert to see how you can help.