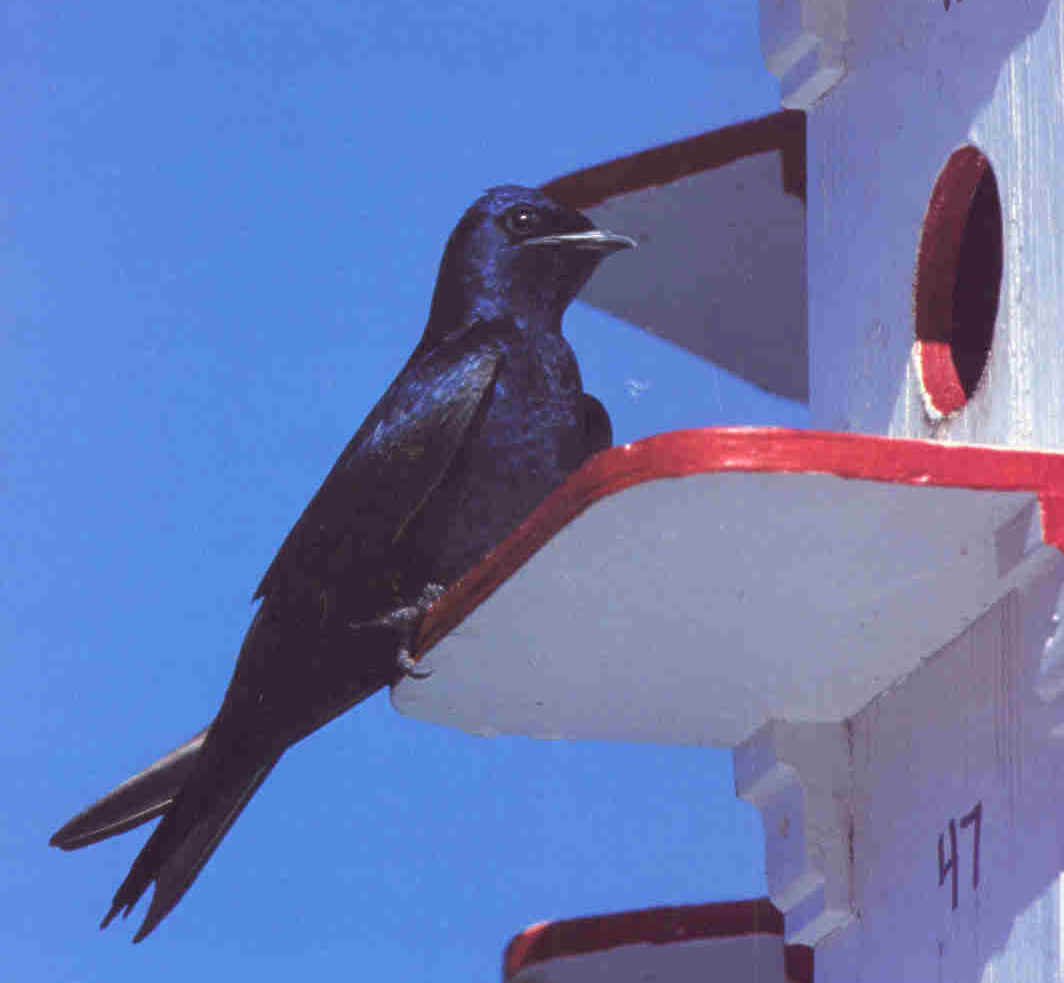 Purple martins are returning to Missouri and they could use some extra help from people this year.

They rely on humans for housing, a unique adaptation initiated by the

Native Americans, who used to hang hollowed-out gourds around their camps to attract the birds because of their voracious appetite for pests. Over the years, martins came to rely on such housing and very few of them will seek out natural nesting cavities anymore.

Forbes says it’s a common myth that martins eat hordes of mosquitoes — they do eat some – but that they eat a lot of horseflies, deerflies and other bothersome bugs.

To help the purple martins rebound, he says people can make sure their existing martin houses are cleaned out or erect new ones. New "landlords" will need to make sure the houses are high off the ground and not near any tall trees where would-be predators — hawks, crows and owls — might be. Also, invasive starlings are known to be unwelcome squatters in martin houses, moving in before they arrive. Martins are no match for starlings, a bigger bird with a better set of battle skills.

Some people have come up with a creative way to feed them as well. Forbes says he’s heard of people slingshotting mealworms up to the birds, an activity not necessary for the birds to survive, but something both humans and the birds enjoy.

Forbes says population declines are a normal occurance and their numbers will go back up as younger birds migrate and repopulate.

"Overall they’re doing well," he says. "On average every year, there is a percentage increase in Missouri."