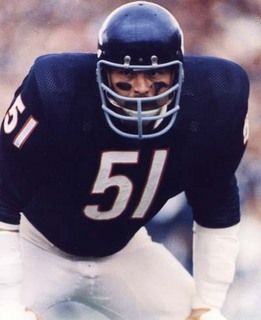 I have to call an audible this week on my Press Box Podcast.  I was all prepared to speak with former Bears linebacker Dick Butkus who perhaps was the best linebacker to play in the NFL, but he had to change his schedule around and I got thrown to the side like a hapless quarterback.

If you don’t believe me, watch some of his hits.  Other players feared this man.  Not my business teacher from high school, Jim Wermes.  He was probably 5’6 and he claims that when he was in high school, he tackled Butkus stopping him from getting into the endzone in a playoff game.

Wermes admits it was more Butkus plowing him over and tripping, but I have rescheduled my phone interview with Butkus and I will ask him if he remembers the play, since it was a playoff game.

You’ll hear Mike Anderson’s assesment of the Memphis Tigers and I recognize other Missouri basketball programs that have had success this season on just about every level of college athletics.